‘Sharing Cultural Diversity Together’ with the African Drum and Dance Ensemble

By Audrey Hall, courtesy of The Daily Mississippian
April 15, 2014 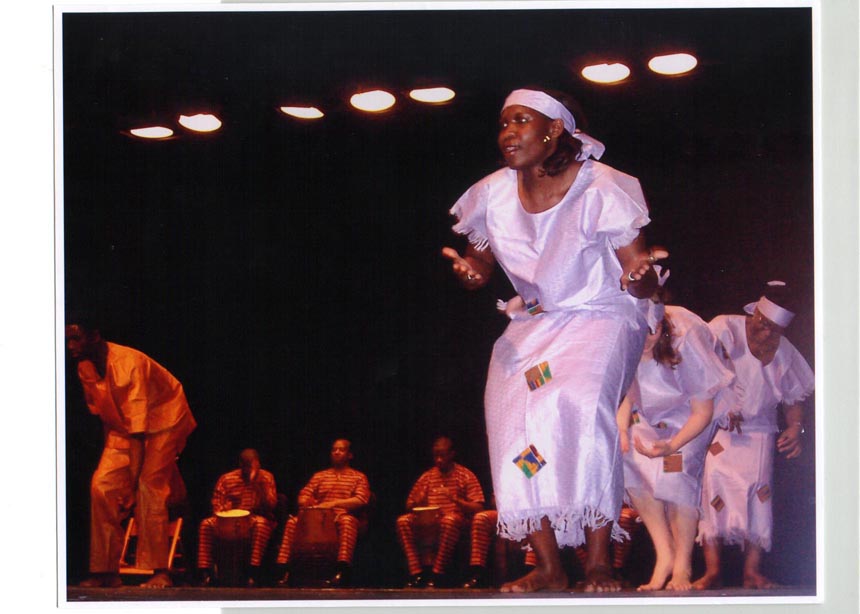 “It doesn’t matter where you live, where you go to school; you do what’s right, and that’s what’s important,” said George Worlasi Kwasi Dor, holder of the McDonnell-Barksdale chair of ethnomusicology and associate professor of music at The University of Mississippi.

This is the message of “Brighten the Corner Where You Are,” one of the songs Dor composed for the UM African Drum and Dance Ensemble’s spring concert tonight.

The concert, “Sharing Cultural Diversity Together,” will be performed by students, faculty, alumni and community volunteers who take part in the ensemble. They will be joined by special guest artist Misonu Amu, whose father Ephraim Amu is considered “the father of Ghanaian art music.”

The first act will consist mainly of Ghanaian dances. The purpose of these dances and songs is to teach and inspire curiosity in multiculturalism.

There’s no further evidence of that power than the dancers of kpatsa, a recreation dance of the Adangme in Ghana. Dor and his daughter, Yawa, taught the dance to members of an Oxford Girl Scout troop, who will perform tonight with Yawa Dor as the lead.

Misonu Amu will sing three art pieces and play a Ghanaian flute, an atenteben, in a piece written by her father in the concert’s second act.

Oxford native and UM alumnus Jason Gordon will lead “Love Your Neighbor As Yourself.”

Gordon cites a friend’s influence as inspiring him to join the UM African Drum and Dance Ensemble’s class.

“It’s a different form of music,” Gordon said. “Everybody has a love of music, I believe. Music is therapy. I’m a musician and it inspired in me a greater appreciation for music in all cultures, especially compared to the music I grew up with. This program encourages appreciation for culture and music, and I encourage everyone to come see it for themselves.”

The main instruments used in the concert will be Ghanaian drums, but the more contemporary pieces include congas, the keyboard and guitars.

Dor has composed music for several historic events, including celebratory concerts of Ghana’s 50th independence anniversary in 2007 and the 50th year of integration for UM in 2012.

When asked which of his compositions he was most excited to see performed, Dor laughed and answered that choosing one of them would be like choosing a favorite child.

He did, however, note his excitement for the aspect that Misonu Amu will bring to the performance.

Admission is free and the concert starts at 7:30 p.m. in Nutt Auditorium.