‘Gravy’ covers Southern food in both printed and audio media 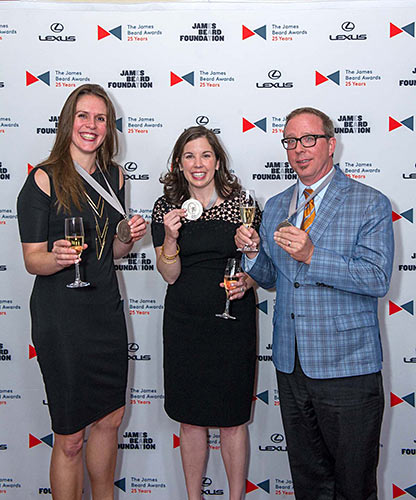 The James Beard Foundation has named “Gravy,” the quarterly print journal and biweekly podcast of the University of Mississippi Southern Foodways Alliance, as the 2015 Publication of the Year. The award honors fresh direction, worthy ambition and a forward-looking approach to food journalism.

The printed journal Gravy lands in the mailboxes of SFA members four times a year, while “Gravy” the podcast hits the cyber-airwaves every other week. Both serve up fresh, unexpected and thought-provoking stories of an American South that is constantly evolving, accommodating new immigrants, adopting new traditions and lovingly maintaining old ones.

“I’m pleased that the Beard Foundation recognized our multiplatform approach to storytelling – first a print magazine, and now a sister podcast,” Milam said. “I’m so grateful that we get to do our work here at the university, specifically at the Center for the Study of Southern Culture. And I thank the members of the Southern Foodways Alliance for their support of our mission.”

Milam joined the SFA in 2012. She took over a publication printed in black-and-white, staple-bound and a mere 12 pages in length. Under her leadership, the journal has grown to a full-color, 60-page, perfect-bound beauty bursting with smart words, intriguing illustrations and arresting photographs.

Milam also writes for the SFA blog, works as a producer for Greenhouse films and, along with John T. Edge, serves as co-executive producer of “Gravy” the podcast.

The SFA’s quest to dig into lesser-known corners of the region and give voice to those who grow, cook and serve daily meals couldn’t be contained in a single publication. So, in 2014, SFA launched “Gravy” the podcast, which is produced and hosted by Tina Antolini, Salt Institute graduate and NPR veteran. Ten episodes in, loyal listeners anxiously await each helping, served up every other Thursday morning.

A member-supported nonprofit based at the UM Center for the Study of Southern Culture, the Southern Foodways Alliance documents, studies and celebrates the diverse food cultures of the changing American South.