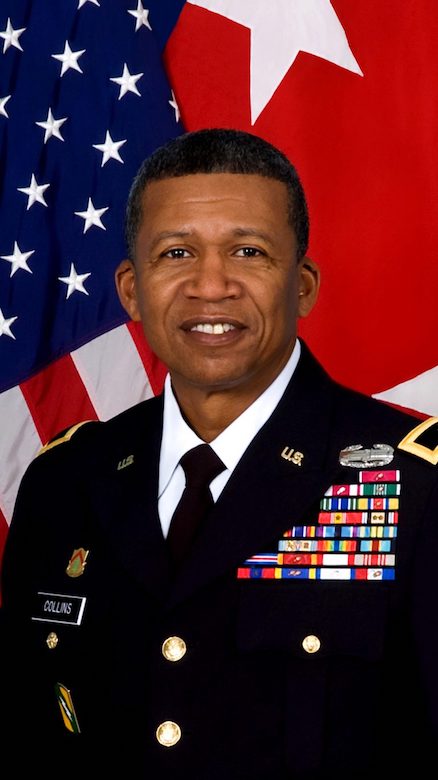 Retired Maj. Gen. Augustus Leon Collins, former commanding general of the Mississippi National Guard and president of the University of Mississippi Alumni Association, will deliver the university’s 166th Commencement address May 11 in the Grove.

A native of Booneville, Collins earned his Bachelor of Business Administration from UM in 1982. He enlisted in the Mississippi Army National Guard’s Company B, 1st Battalion, 198th Armor Regiment in March 1977 and served in the guard until his retirement in August 2016.

He is CEO of MINACT Inc., a Jackson-based job development and career training corporation.

“I consider being invited to deliver the commencement address to be among one of the highest honors a university can bestow on one of its graduates,” Collins said. “It is truly nothing I ever expected to happen, but it is something that I will cherish for the rest of my life.

“Being a graduate of Ole Miss has meant so much to my life. It has allowed me access to a network that has been very beneficial to my career in the military and especially after retirement.”

His speech will include a message focusing on believing in yourself, Collins said.

Collins joins a number of UM alumni who have delivered the Commencement address at their alma mater, including most recently U.S. Sen. Roger Wicker in 2012 and former Gov. Ray Mabus in 2010, when he served as U.S. Secretary of the Navy.

“We’re so pleased to add such an outstanding alumnus to the long list of prominent commencement speakers at the University of Mississippi,” Interim Chancellor Larry Sparks said. “Gen. Collins is a tremendous military and business leader in our state who has enjoyed a distinguished career marked by great success and service.

“Our graduates and their families are in for a treat and will gain so much from his insight and knowledge.”

During his National Guard service, Collins served on active duty in Operation Desert Shield and Storm in 1990-91, as well as commanding the 155th Armored Brigade Combat Team during combat operations in Operation Iraqi Freedom from 2004 to 2006. In May 2005, while serving in Iraq, Collins was promoted to brigadier general, becoming the first African-American to attain the rank of general in the history of the Mississippi National Guard.

“The primary lesson I would pass on to the graduates of 2019 that I learned from my military career would be to be focused and give your best at whatever career choice you make,” Collins said. “Your attitude and effort will decide where you end up.”

Collins earned his Master of Business Administration from Jackson State University in 1993 and his Master of Strategic Studies in 2000 from the United States Army War College. He completed a Joint Senior Reserve Component Officers Course at the college in 2015.

He was named the president of the UM Alumni Association for 2018-19 during its annual meeting in October 2018. He is a 2007 inductee into the university’s Alumni Hall of Fame.

“I am thrilled that Maj. Gen. Collins will be our commencement speaker this year,” Provost Noel Wilkin said. “He is a respected leader and role model.

“As the former commanding general of both the Mississippi Army and Air National Guard and current CEO of MINACT, his experiences, which include two tours of duty commanding troops, will enable him to share incredible perspectives with our students as they head off to begin their careers.”