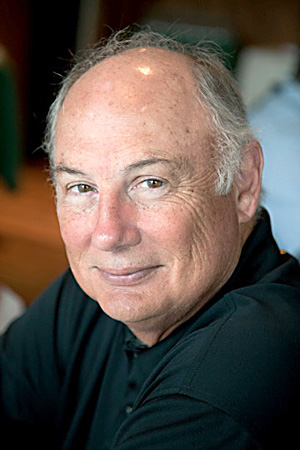 Critically acclaimed poet, essayist and editor Dave Smith will join the University of Mississippi’s English department as a visiting professor in fall 2013.

The author of more than 20 books of poetry, fiction and non-fiction, Smith comes to UM after 11 years with Johns Hopkins University’s The Writing Seminars program.

“We are beyond pleased to be welcoming Dave Smith to our faculty,” said Beth Ann Fennelly, associate professor of English and director of the UM MFA program. “There are few writers living who have contributed as much to the literary arts as Dave has, not only in his work as a poet, but through his editing, teaching and criticism. He’s long been associated with the South and not only contributed to but shaped the direction of our robust creative life of the mind and we’re honored that he wishes to join us.”

While at Johns Hopkins, Smith served as Elliott Coleman Professor of Poetry and led the Writing Seminars program for six years. During Smith’s tenure, the university established its MFA program and revised the undergraduate writing curriculum. Prior to joining the Johns Hopkins faculty, he taught at Louisiana State University.

“We are delighted to have distinguished scholar and poet Dave Smith join our faculty,” said Glenn Hopkins, dean of the College of Liberal Arts. “He strengthens an already stellar faculty.”

An elected member of the Fellowship of Southern Writers, Smith’s work has appeared in publications including the Paris Review, The New Yorker, The Atlantic Monthly, The Kenyon Review, The New Republic, The Nation, The Partisan Review, The Yale Review and The Georgia Review. His most recent collection of poetry, Hawks on Wires: Poems, 2005-2010, was published in 2011. Other works by Smith include the essay collection Hunting Men: Reflections on a Life in American Poetry, Little Boats, Unsalvaged and The Wick of Memory: New and Selected Poems 1970-2006.

He is the recipient of multiple awards and fellowships including the Virginia Prize in Poetry and a National Endowment for the Arts fellowship in poetry.

As a gifted poet and scholar of American literature, Professor Smith will bring tremendous skill and experience to the classroom,” said Ivo Kamps, chair of the English department. “He will teach creative writing workshops, literature classes and serve on thesis committees of MFA candidates. A man of his many achievements will be an inspiration to our students.”

Smith bases his teaching on two main premises: to foster confidence in his students—a necessity for writers—and to establish a basis of knowledge of the topic and environment within which the students are writing.

“ I spend a lot of time teaching an awareness of the history and tradition of the thing they’re trying to write,” Smith explained. “Whether you’re a painter, musician, dancer or writer, you don’t create independently of what’s been done before you—you must create out of that heritage. It’s necessary in my conviction to know something about the poets and fiction writers that have come before you.”

Smith’s extensive career as a writer and editor also plays into his teaching methods.

“I try to give the students the benefit of more than 40 years of being a practicing writer and reading other writers,” Smith said. “They can expect a good reader, or at least a passionate reader. I try to give them the opportunity to discover what’s possible in their poems and what’s not possible.”

Smith and his wife will move to Oxford in summer 2013 following his retirement from Johns Hopkins.

“Everything I’ve heard about the University of Mississippi program suggests to me that it not only has a recognizable excellence, but everyone in it from the administration down is committed to seeing it achieve remarkable results,” he said. “Given all the historical and social changes that have occurred and are still occurring in the South, it’s an increasingly inviting and rewarding place to write.”

The UM MFA program is listed among the “Top 50 MFA Programs” by Poets & Writers Magazine and has been named one of The Atlantic Monthly’s “Top 5 Up and Coming Programs.”

For more information about the Department of English at UM, visit english.olemiss.edu.