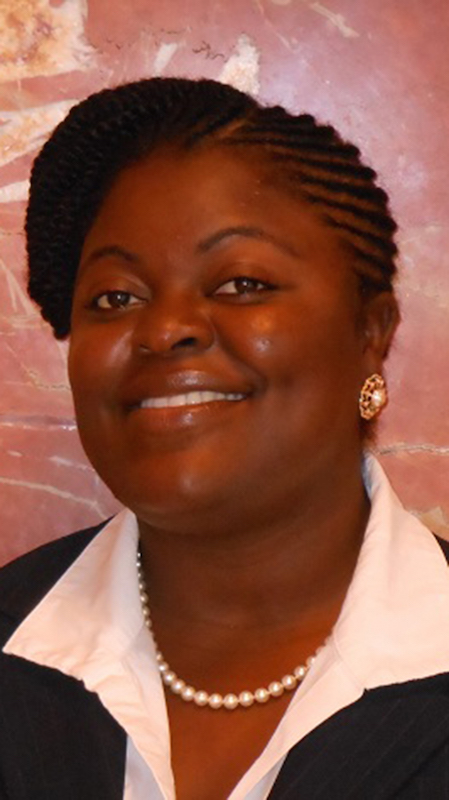 Gigi Bastien, has been awarded a Fogarty Global Health Fellowship from the National Institutes of Health for her research in the African nation of Liberia.

A recent graduate of the University of Mississippi Department of Psychology, Gigi Bastien, has been awarded a Fogarty Global Health Fellowship from the National Institutes of Health for 11 months of research in the African nation of Liberia.

The research will focus on both the mental health and psychosocial impacts of Ebola virus disease. Bastien, a native of Port-au-Prince, Haiti, who moved to the United States at age 8, will also study the existing strengths, resiliency and resources among Ebola survivors in Liberia.

“I am thrilled to have been offered the opportunity to contribute in some small way to the growing body of literature around evidence-based global mental health disaster/emergency response,” Bastien said. “I look forward to working with and learning from the people of Liberia, whose resilience in facing one of the greatest epidemics of our lifetime is truly inspiring.”

From a psychological standpoint, Bastien’s research will address the lack of knowledge surrounding resiliency in the aftermath of large-scale emergencies. It will help professionals understand strategies to support knowledge exchange, mental health literacy and interventions in ways that are respectful of communities.

Ebola is a virus that causes hemorrhagic fever in humans, leading to death in about 50 percent of cases. The disease was first identified in 1976 in Africa.

The deadliest epidemic of the disease since its discovery began in March 2014, when outbreaks of Ebola were reported in West Africa. From that time until January 2016, Liberia accounted for more than 4,800 Ebola-related deaths. Of all countries affected by the virus, Liberia had the most fatalities.

“The award of the NIH Fogarty Global Health Fellowship to Gigi for intervention research in Liberia is exciting and satisfying news,” said Laura Johnson, a UM associate professor of psychology. “It is an excellent accomplishment in international psychology and reflects well on our department, given the competitive nature and prestige of the Fogarty awards.”

Bastien, who earned her master’s degree in 2011 and her doctorate in 2013, both from UM in clinical psychology, has previously conducted research in similar areas. Her dissertation involved the research of disaster response and resilience following the devastating 2010 earthquake in Haiti.

International research cases of this nature are rare in the clinical research field, but are increasingly valued and called upon.

“I am particularly proud that Gigi’s project in Liberia is an outgrowth of work she began as a student at the University of Mississippi, where her dissertation focused on resilience and culturally responsive interventions among displaced persons in the aftermath of the earthquake in Haiti,” Johnson said.

“I could not be more excited about Gigi’s upcoming project and I am also happy to have ongoing, international collaborations with a great colleague.”