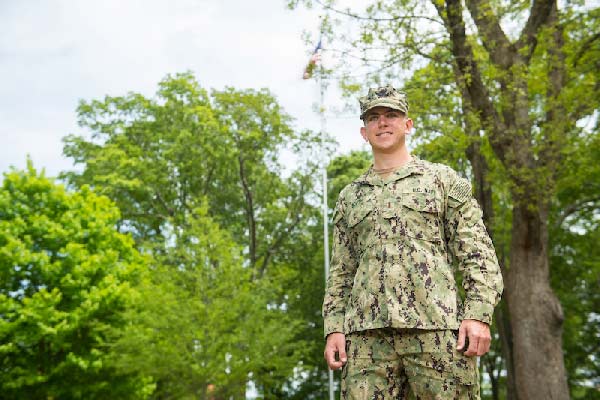 Garrett Booth wasn’t quite ready to leave the University of Mississippi.

The Austin, Texas, native graduated from Ole Miss in December with a degree in biochemistry and was commissioned as an officer in the U.S. Navy in January through the university’s Naval ROTC program.

He was assigned to flight training and ordered to report to Pensacola, Florida, in late May. While many recently commissioned midshipmen use the break between commissioning and reporting to relax or establish themselves in the town to which they will be moving, Booth decided to remain at his alma mater as a staff member, assisting midshipmen in their journey toward becoming officers themselves.