“Lift Every Voice” is traditionally known as the Negro national anthem, but the song title is also the name of an annual award presented at the University of Mississippi. 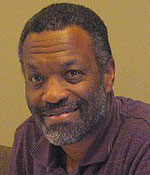 “The Black Faculty and Staff Organization of the University of Mississippi founded the ‘Lift Every Voice’ award to recognize an individual, group or entity that has contributed to the betterment of human relationships on our campus,” said Shawnboda Mead, director of UM’s Center for Inclusion and Cross Cultural Engagement. “Particular emphasis is given to the areas of diversity, multiculturalism and inclusion. Recipients of this award have worked beyond their normal employment boundaries and performed the ‘extra mile’ of service to their fellow man for the university.”