Professor Elected to College of Fellows of American Theatre 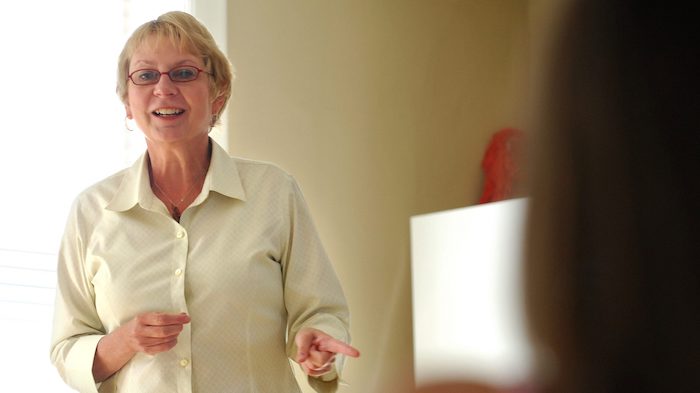 UM professor Rhona Justice-Malloy has been designated a fellow-elect and will receive investiture as an American Theatre Fellow in April 2020 as part of the Kennedy Center American College Theatre Festival in Washington, D.C. Photo by Robert Jordan/Ole Miss Digital Imaging Services

One of the theater world’s highest levels of academic and professional recognition will be bestowed upon Rhona Justice-Malloy, longtime professor in the University of Mississippi Department of Theatre and Film.

Justice-Malloy has been designated a fellow-elect and will receive investiture as an American Theatre Fellow – a lifetime recognition – in a ceremony set for April 2020 as part of the Kennedy Center American College Theatre Festival in Washington, D.C.

“It’s essentially the highest award of this sort within the field,” said Justice-Malloy, who is on sabbatical through the summer. “I was truly overwhelmed that the people who supported my nomination and subsequent election found my work worthy.”

The College of Fellows of the American Theatre was founded in 1965 within the American Theatre Association. The college operates as an independent nonprofit whose stated mission is to “promote and encourage the highest standards of research, writing, and creativity in educational and professional theatre through honoring distinguished service and notable accomplishment by individuals of recognized national stature.”

Fewer than 10 fellows are inducted each year; the process begins with a single nomination, with the nominator requesting support from two additional members. A unanimous vote by the board of directors and officers is required for election, Justice-Malloy said.

“All the people on the board of directors, as well as the officers, are just top-notch, first-rate class acts,” Justice-Malloy said. “Even if I hadn’t gotten in, I would have been very honored to have been nominated.”

Justice-Malloy was nominated by Michael Hood, a fellow who recently retired as dean of the College of Fine Arts of the Indiana University of Pennsylvania. Hood served as guest director for the Ole Miss Theatre production of “She Kills Monsters” in September 2018, but his association with Justice-Malloy goes back much farther than that.

“The moment I met Rhona I knew I was dealing with someone special,” said Hood, who explained that he and Justice-Malloy both had studied under August W. Staub, whom he described as an “intellect, a dynamo, a leader in the profession and an artist of exacting and exalting spirit” whose students took that energy from him and, in turn, shared it with their students, colleagues and audiences.

“When Rhona told me that she had studied under and worked with Gus, I knew I was sensing a kindred spirit. Dr. Justice-Malloy is a wonderfully gifted and active example of the artist-scholar. She is a fine teacher, a researcher of the first water, a talented actress and performer, and a leader in her profession.”

Hood’s official nomination is a laundry list of Justice-Malloy’s professional achievements, including but not limited to serving as vice president and president of the Mid-America Theatre Conference, where she is a fellow; and serving as a two-term trustee of the National Theatre Conference, where she is an active member of the Women Playwright’s Initiative.

She also is a member of both the League of Professional Theatre Women and Actor’s Equity Association, is a past member of SAG/AFTRA and has published widely.

At Ole Miss, Justice-Malloy has been the head of the bachelor’s program in theatre arts since 2006 and served as chair of the Department of Theatre Arts from 2006 to 2011. In 2018, she was awarded the College of Liberal Arts Research, Scholarship, and Creative Achievement Award. She is also a fellow of the Sarah Isom Center for Women and Gender Studies.

Justice-Malloy said that what she most looks forward to about becoming a full fellow – aside from meeting theatre professionals she hasn’t yet encountered in other associations – is the opportunity to use her credentials and her far-reaching experience to help others.

“As I’ve grown in my career, mentoring has become much more important to me,” she said. “And now it will be my opportunity to mentor other theater-makers, to forward their careers so they can pass the baton on to the next person.

“It’s wonderful to be inducted, and if I can use any of that to lift other people up, then I think that will be a very good thing.”