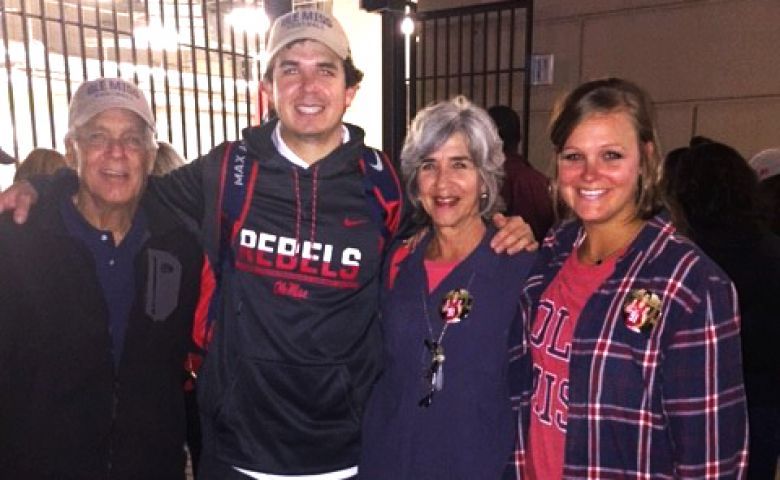 The Noble family name is an institution at the University of Mississippi. Nobles have walked the university’s historic halls, studied in its classrooms and strolled its tree-lined pathways for generations.

Among the grandparents, parents, sons, daughters and cousins who have attended Ole Miss is the late Randy Noble (BA English ’67, JD ’72) of Greenville, Mississippi.

Now, a scholarship established by his family members will memorialize Randy Noble’s name at his alma mater.

UM College of Liberal Arts Dean Lee Cohen expressed gratitude to the Noble family: “The Nobles’ gift truly honors Randy’s memory and highlights how much he loved his alma mater. We are extremely grateful for their generosity, which will most certainly make a difference in our students’ lives for years to come.”

The Randy Noble Scholarship Endowment will be available to full-time freshmen who are graduates of Washington School in Greenville with a minimum GPA of 3.0 and who have participated in at least one sport. 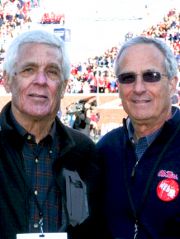 “Randy was an outstanding quarterback and kicker in high school and was a really good baseball player. He could’ve played college ball but didn’t want to,” said Richard Noble of Indianola, Mississippi, Randy Noble’s cousin; the two were in college together and joined the same fraternity, Kappa Alpha. “He was an outstanding student, and we took care of each other as students at Ole Miss. He was just a great guy — more like a brother than a cousin. We were all such a close family.”

“Randy was proud of the fact that he had two children who graduated from Ole Miss with master’s degrees and whose involvement at Ole Miss strengthened his love for family and the university,” said Jeana Noble, Randy Noble’s wife.

“When Nathan played football at Ole Miss, we had a little tradition of meeting for lunch every Friday during football season. Even though we only lived 25 miles apart, watching his children at Ole Miss brought us even closer together,” Richard Noble said.

Randy Noble was born in Vicksburg, Mississippi, but grew up in Lorman, Mississippi. At Ole Miss, he joined the Army ROTC and, after graduating, served two years in the U.S. Army at Fort Gordon, Georgia, before returning to law school, where he was a member of Moot Court and Phi Delta Phi legal fraternity. After receiving a juris doctor degree, he moved to Greenville and established the law firm of Noble and Rounsavall, where he practiced as a partner until 2017. He was a member of the Mississippi Bar and the Washington County Bar associations.

Noble was active in the First United Methodist Church in Greenville, where he served as legal counsel on the administrative board and as a member of its Outreach Sunday School class.

Regarding the scholarship established in his cousin’s name, Richard Noble says, “Randy would be humbled by it. He wouldn’t stick his chest out. He wasn’t that type of guy. He was caring, just as tenderhearted as can be, just a great guy. He would probably say, ‘Can you spend your money better somewhere else?’ and I would say, ‘Absolutely not!’ We want people to contribute to the endowment and make it bigger and better for the students it will benefit.”

Individuals and organizations may make gifts to the Randy Noble Scholarship Endowment by mailing a check with the designation noted in the memo line to the University of Mississippi Foundation, 406 University Ave., Oxford, Miss. 38655; visiting www.umfoundation.com/makeagift or contacting Sandra Guest at 662-915-5208 or sguest@olemiss.edu.