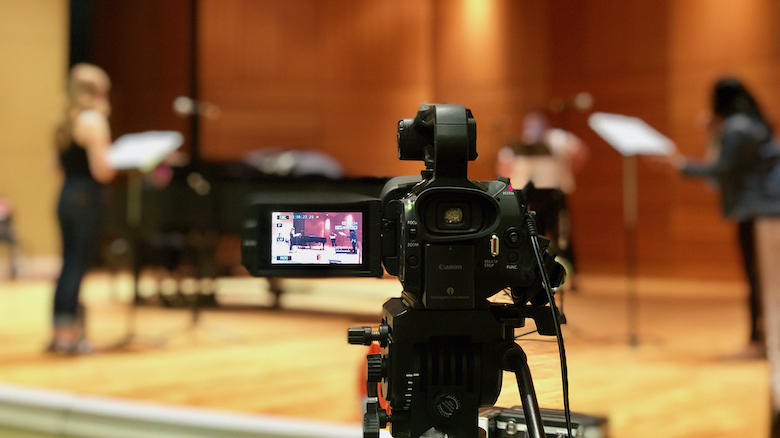 UM music students, alumnae and faculty members participate in safe, distanced recording sessions to create the first episode of the ‘yoU Me Music Hour,’ a new podcast series from the Department of Music. Submitted photo

What does music have to do with women’s suffrage, feminism, gender and queer culture? Two University of Mississippi online events this week offer chances to experience music as a way of thinking about some of these larger issues.

A new edition of “LMR Live” streamed via http://www.livingmusicresource.com on Monday (Oct. 19), and the first episode of the Department of Music‘s new podcast, the “yoU Me Music Hour,” becomes available Wednesday (Oct. 21).

“LMR Live” has a traditional talk show discussion format, while the “Music Hour” features the music and commentary format customary for podcasts – but both episodes examine the long-standing opera tradition of trouser roles as a way to look at gender, creativity, feminism and acceptance. And both were produced by the Department of Music and Living Music Resource in partnership with the Sarah Isom Center for Women and Gender Studies as part of Sarahfest 2020.

Nancy Maria Balach, interim chair of the Department of Music and professor of voice, praised the work of Jaime Harker, director of the Isom Center, and Theresa Starkey, the center’s associate director, on Southern feminism, gender identity and queer culture.

“The points where their work intersects with music and the ways that music reflects all those cultural touchpoints made for a rich, interesting conversation during ‘LMR Live,’” Balach said.

The episode also features Libby Hearn, associate professor of music, discussing a new choral work that explores the diversity of the suffrage movement leading to the 19th Amendment. In honor of the 100th anniversary of women’s suffrage, a consortium of universities and choirs, of which the Ole Miss music department is a member, commissioned a cantata from composer Andrea Ramsey.

“The ‘Suffrage Cantata’ is scored for treble chorus, soli, piano, narration and string quartet and percussion,” Hearn said. “Using narrative that spans over 70 years, this work takes listeners on a journey from the first women’s rights convention in Seneca Falls to the ratification of the 19th amendment; drawing attention to specific figures and events that shaped history.”

The “LMR Live” episode is available on demand at the Living Music Resource website.

Wednesday’s “Music Hour” podcast continues this conversation by delivering the music of some of opera’s most famous trouser roles, or pants roles, as they’re sometimes called: male roles played by women. 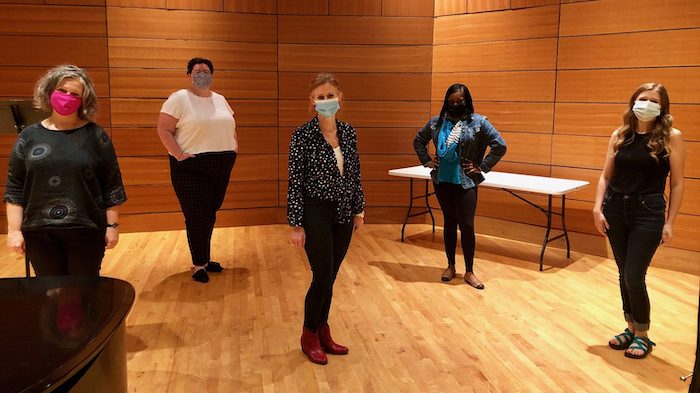 Music is the heart of the podcast, so we’ve recorded two arias, two duets and a trio,” Balach said. “These are important works in the canon that also provide us a way to talk about opera’s invitation to an audience to be transformed.

“I can be transformed from opening myself to another viewpoint or experience – whether that’s a small or a significant transformation.”

Students and faculty recorded other celebrated trouser roles. Master’s student Erika Wheeler, from Vicksburg, and junior vocal performance major Alexis Rose, from Omaha, Nebraska, perform the prayer duet from “Hansel and Gretel,” in which the boy Hansel is traditionally played by a woman because of the vocal range required.

Balach got in on the action, as well, recording “The Violin Aria” from “Les contes d’Hoffmann.” Balach said she has a history with pants roles.

“One of my first mentors was Mildred Miller Posvar, a longtime trouser star at the Metropolitan Opera; her nickname was ‘Legs Miller,’” she explained. “She cast me in my first opera, ‘Hansel and Gretel,’ when I was in eighth grade, and it was so interesting to watch someone in a pants role – an amazing female singer pretending to be a young boy.”

Balach would go on to play several pants roles of her own.

“Sometimes it’s easier to play someone very different from you, so to play another gender can be liberating, a real growth experience, even cathartic,” she said. 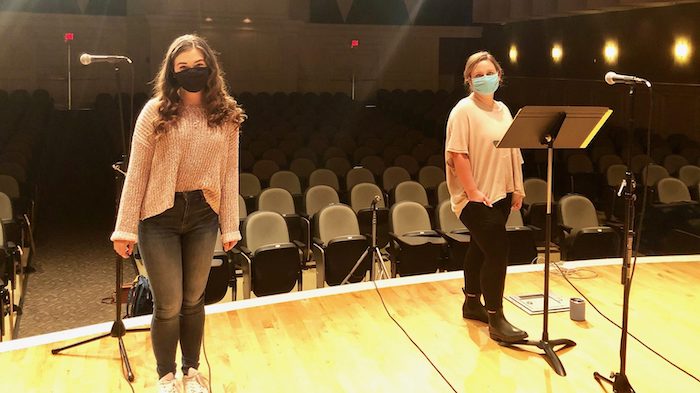 “Until the 18th century, women were not welcome on the stage in opera, and female roles and some of the roles for boys and young men were played by castrati. Women began to impersonate castrati to be able to perform.”

In that way, societal pressure is what created the freedom within opera for women, she explained. “There were mores against women performing, so if you wanted to be a woman in this field, you had to act like a guy – which is still happening in different fields.”

Harker came to enjoy opera through an interest in pants roles that she first heard of in the writings of Bertha Harris.

“Bertha Harris was brilliant and funny and she loved opera,” Harker said. “For her, I think, art transcended the mundane, often abusive life she inhabited as a child – it let her escape and overcome and triumph.

“She loved the fantasy of opera, its embrace of melodrama and camp, but I think for her it was more than fantasies. Trouser roles let her articulate her own desire for women, and it represented that queer desire openly, on stage, with beautiful music and gorgeous clothes. At a time when LGBTQ+ people were rarely represented at all, and when they were, portrayed as criminal and pathetic, this must have been a revelation.”

Harker read an excerpt from Harris’s description of listening to opera for the first time, recorded for the podcast by producer Amanda Fliflet, the music department’s multimedia specialist.

“I adore audio books, and after producing this episode, I think Jaime may have a career in recording audio books,” Fliflet said. “It is fun to hear how her excerpts tie into the music. It creates a very well-rounded listening experience.”

Amanda Johnston, associate professor of music, a collaborative pianist, vocal coach, diction expert and musical director for the UM Opera Theatre, played on all of the performances featured on Episode 1 of the podcast.

“Opera has always both served as an escape – allowing the audience to be in a sort of fantasy – and offered political commentary,” she said. “Trouser roles provide both those things.”

As the viewer falls into the fantasy, “we forget that the man is being played by a woman,” Johnson continued. “Today we can look at the gender implications of that in a more modern discussion.”

“The issue of choosing a gender was solved in opera hundreds of years ago; it was not a big deal and was not considered revolutionary or subversive or controversial.”

A link to the “yoU Me Music Hour” podcast is available at https://music.olemiss.edu/.