AUGUST 8, 2016 | By CHANING GREEN, courtesy of the Oxford Citizen 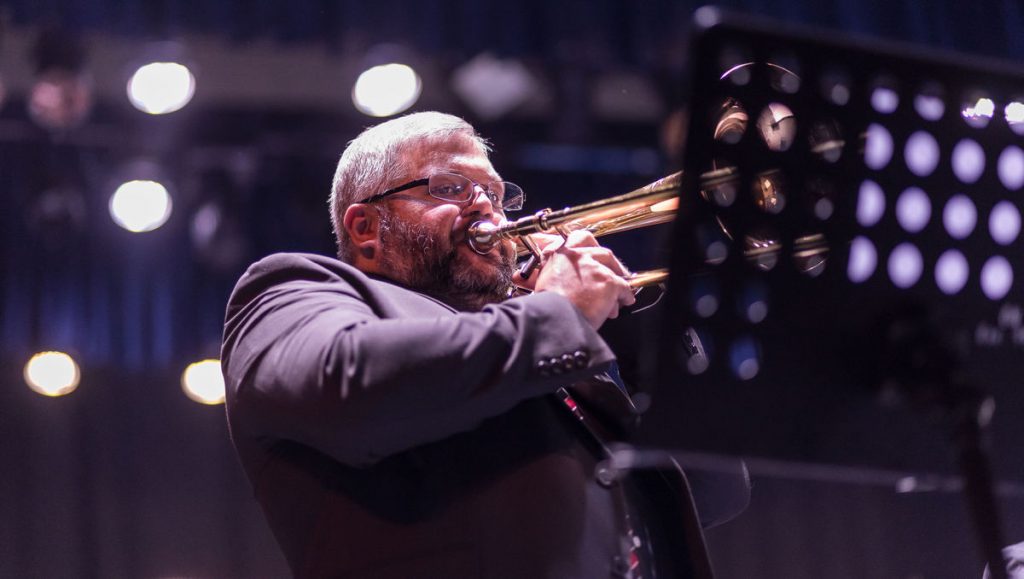 Music Professor Micah Everett has been awarded the Artist Fellowship from the Mississippi Arts Commission.
Photo Courtesy of Micah Everett

Micah Everett, associate professor of music, has been awarded a highly coveted Artist Fellowship from the Mississippi Arts Commission.

The Artist Fellowship program is set up to honor the work of Mississippi artists “who demonstrate the ability to create exemplary work in their chosen field,” according to MAC. Artists across several categories are awarded up to $5,000 each year to further their work. Only artists living and working in the state of Mississippi are eligible to apply for the grant. The highly competitive grant is only given to a small number of qualified applicants.

“Mississippi is home to many famous artists and performers who have set high standards for artistic achievement in our state,” said Malcolm White, executive director of MAC in a statement. ”Mississippi artists tell the story of our state and contribute to its cultural richness. The Mississippi Arts Commission is honored to support their outstanding work.”

This was Everett’s first time to apply for the grant.

“When I lived in Louisiana, I applied for a similar program two or three times and was never successful,” he said. “When the time came for musicians to apply for this year’s fellowship, I decided to try it here. I didn’t really have a specific idea nailed down of what I would do with the award if I got it. I was thinking that I would need to probably go through the process one time unsuccessfully in order to get some feedback on my application and then go after it again. Instead, I got it the first time. I was pretty surprised.”

For the application process, Everett wrote about his professional history in his art form. He sent in three samples of his work: a studio recording and a couple of live performances.

Everett is entering his sixth year at the University of Mississippi where he teaches trombone, euphonium and tuba. He meets with every low brass music major once a week for lessons and teaches the Low Brass Methods course aimed at future band directors where students will learn how to teach kids how play low brass instruments. Everette will also teach a couple of graduate courses on the subject when the need arises.

He came to the position at Ole Miss from the University of Louisiana Monroe. The Mississippi native graduated from Pearl High School. He said that though his parents attended Ole Miss, he chose to go to Delta State in order to work with a particular musician who was teaching there at the time. He earned an undergraduate degree in music education and then went on to get a master’s and doctorate from the University of North Carolina Greensboro where he focused on trombone.

Everett’s love of low brass goes back 27 years to his elementary and middle school days.

“My parents didn’t have the opportunity to be in a band program where they went to school, so they wanted me to at least try it,” he said. “I wasn’t particularly excited about it or opposed to it, but I agreed to give it a try. It turned out, pretty quickly, that I was quite good at it. That’s how it all started.”

As for exactly what to spend the money on, the musician said he hasn’t decided yet one exactly what he wants to invest in, but he has a few ideas.

“Honestly, I haven’t made a firm decision yet,” Everett’s said when asked what he’ll be putting the money toward. “The Artist Fellowship is not tied to a specific project, it’s awarded based on previous achievements. They do encourage using it on equipment, so I expect to spend it on either a new instrument or two or some acoustic treatments on my practice space. Perhaps some mixing equipment or even a CD project I hope to undertake next summer.”