Music of the South Concert Series Kicks Off in October 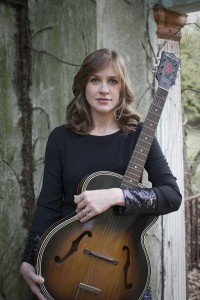 In a partnership between the Center for the Study of Southern Culture and the Gertrude C. Ford Center for the Performing Arts, the Music of the South Concert Series will take place at 6 p.m. in the Ford Center’s Studio Theatre, which has a capacity of 150 people. Tickets are $10, available through the University of Mississippi Box Office in the Student Union and at the door.

Herring’s music combines a unique voice, multiple musical influences and creative responses to historical and contemporary issues.“I love returning to Oxford, and I hope that folks there know how much they shaped me as an artist and as a person,” Herring said. “The University of Mississippi is complicated, as is the state of Mississippi. Studying Southern musical styles helped me make sense of our history and our cultures. Live Southern music, an expression of the human spirit in our language, helps us connect and collaborate. Live music matters.”

A Canton native who earned a master’s degree in Southern studies from UM, Herring is especially well-known in Oxford for her role in founding Thacker Mountain Radio. She resides in Atlanta and has made numerous successful recordings, most recently, “Camilla” (Signature Sounds Recordings, 2012), her sixth full-length release.

Herring said she is thrilled to be playing during the time of the university’s 50th anniversary of integration, because originally she intended for “Camilla” to be an entire recording of songs about the civil rights era.

A review of her latest album named Herring one of the “most literate songwriters of her generation.”

“It will be a fine show and I’m especially happy when people notice how literate our alumni are,” said Ted Ownby, director of the Center for the Study of Southern Culture.

Next in the series, Randall Bramblett will perform will perform at 6 p.m. Nov. 13. Bramblett is a Georgia native who has played keyboards and other instruments with Traffic, Sea Level, the Allman Brothers Band and numerous other bands since the 1970s. Growing up with James Brown as a hero, Bramblett writes and plays music that cuts across multiple genres. In recent years, Bramblett has been making his own recordings, including “Now It’s Tomorrow” on New West Records. He will be performing a solo show, singing and playing keyboards.

Ownby said he is excited to be working on this series with the Ford Center.

“The Studio Theatre is a terrific site for concerts like this – it’s big enough to hold a lot of us but small enough that performer and the audience can be really close to each other,” Ownby said. “We’re especially excited to have Caroline Herring as the first performer because she’s a unique and impressive writer and singer who is thinking about southern topics in all of her work.”

Herring said as a former student of Ownby’s, she appreciates his interest in the program’s graduates.

“I feel that the Center for the Study of Southern Culture does more for the study and advancement of Southern music than most any other center or institution I know,” Herring said. “They should enjoy the fruits of their labor, and the community should support them by going to awesome concerts.”