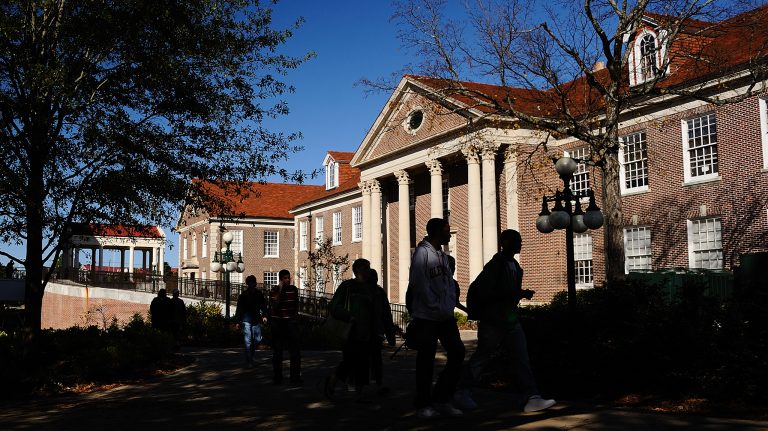 The University of Mississippi’s Department of Modern Languages will offer a new Ph.D. in second language studies this fall. Photo by Robert JordanUM Communications

Beginning this fall, the University of Mississippi’s Department of Modern Languages will offer a doctorate in second language studies.

The degree is designed to educate professionals who can provide second language training for firms that conduct business globally and need workers who can speak Spanish and other languages. The program also will train future modern language administrators for universities and other institutions.

The degree program has two tracks. One is in applied linguistics, which is geared toward understanding empirical data about languages, the evolution of languages and various dialects in the media and across the nation, among other aspects.

The second track is in Spanish. It focuses on meeting the growing demand for professionals and academics who understand the language and culture of Spanish-speaking communities, O’Sullivan said.

Many different faculty members from the department, which teaches 11 languages, will be involved in the new classes. The goal is to have a cohort of five people enter the program per year.

“It’s the first new Ph.D. in the College of Liberal Arts in a very long time, and we’re very proud of that,” O’Sullivan said. “It’s going to highlight the achievements of the faculty, who are very active in research.

“We’re going to build a name for ourselves for developing language programs to train those who run programs at other universities and institutions.”

The degree will prepare students to be leaders locally, regionally, nationally and internationally, said Felice Coles, the program’s graduate coordinator and professor of modern languages.

“The emphases in applied linguistics and Spanish will give students a greater understanding of how to learn, teach and work with speakers of many languages around the world,” Coles said. “Using their valuable and marketable skills, our Ph.D. graduates will happily find jobs in education, government and industry.”

The program represents a big step in the continued growth of modern languages at the university, said Donald Dyer, associate dean for faculty and academic affairs in the College of Liberal Arts and professor of Russian and linguistics.

“With the development of certain areas of research and teaching focus, the Department of Modern Languages has worked for nearly a decade to develop a unique doctoral program in second language studies and applied linguistics, a program which will provide training for future foreign language educators in academic positions at universities throughout the country,” Dyer said.