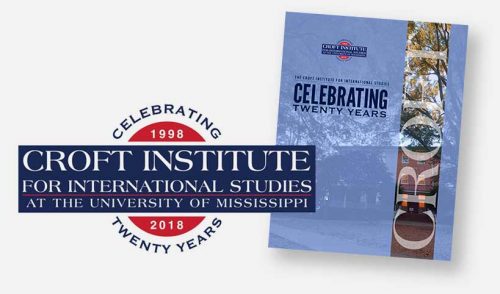 Students select a regional focus from East Asia, Europe, Latin America, or the Middle East; study a language spoken in that region; and select a thematic concentration from global economics and business, global health, international governance and politics, and social and cultural identity. They take at least one significant study abroad experience to solidify their language skills and deepen content knowledge, often using that opportunity to prepare for the last stage of the degree. The capstone senior thesis pulls together students’ knowledge and skills in communication, creative and analytical thinking, and perseverance.

In its 20-year history, 520 students have graduated from Croft, and no two graduates are the same. They work in the US and abroad, for a variety of public and private organizations in almost every sector of the economy.

Here are six examples of what Croft alumni do: 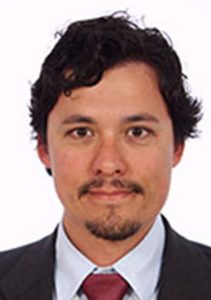 Originally from Houston, Texas, Lamont attended the Croft Institute because of “a strong interest in international affairs.”

“Given the program’s focus on languages and study abroad, I thought it was a perfect fit,” he said.

What he found at Croft was a strong interdisciplinary foundation in international studies and rigorous research training, and the opportunity to study abroad, which he did in Croatia. That study abroad experience led to a Fulbright Program scholarship that allowed him to spend a year in Zagreb, Croatia, researching post-conflict justice processes in the former Yugoslavia, which ultimately led him to continue working on the topic for years to come.

“Pretty much every member of the Croft faculty encouraged me to embrace research interests that would remain with me throughout my career,” Lamont said. “The interdisciplinary focus of the major helped give me a broader foundation in international relations that went far beyond the narrow discipline specific training that is offered elsewhere.

“Also, Croft provided me with an opportunity to begin to gain early experience conducting fieldwork and to carry out my own research that would later allow me to get a head start on my Ph.D. dissertation research.” 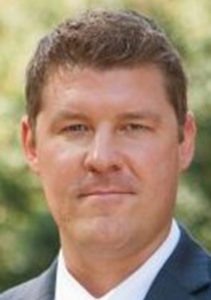 Booth, a native of Amory, does not hold back when talking about how Croft affected his life and career.

“Every class, professor and teacher had a positive impact on my life,” he said. “I truly believe the Croft Institute is one of the best undergraduate programs in the international studies field. Dr. Michael Metcalf, Dr. Peter Frost, Dr. Kees Gispen and Dr. Holly Reynolds all come to mind as being extremely impactful on my education and development.”

Also a licensed customs broker, Booth works for a global company that serves more than 220 countries and territories with more than 500,000 team members, moving more than 12 million packages a day.

Having a Croft degree positioned Booth for working on the international stage.

“For much of my life, I had a passion for all things international and different cultures,” he said. “I work with individuals inside of FedEx and customers all over the globe each and every day, and I have been afforded amazing travel opportunities. … I believe my international studies education and study abroad experience through Croft created a great foundation for me to be successful in my career.” 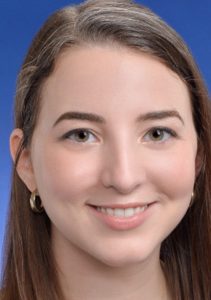 Consultant for oncology research and development, and finance with Eli Lilly and Co. in Indianapolis

Growing up in Madison in the 1990s, Hedglin witnessed the daily headlines of a changing world, she said, from the post-Soviet economic transitions in Russia to China’s accession to the World Trade Organization in 2001.

She entered Croft because she was drawn to government and policy, had several friends who went through Croft and raved about it, and knew of the program’s sterling academic reputation.

After graduation, Hedglin gravitated toward business instead of government, but her Croft education is always with her. Her consulting position includes quickly processing data from current events to policy changes to large amounts of internal company information. Croft’s rigorous academics prepared her for that.

Plus, her studies gave her extra benefits.

“I always love the look on people’s faces when I tell them I speak Mandarin Chinese,” she said. “They ask, ‘Where did you learn that?’ and the jaws drop when I say, ‘the University of Mississippi.’

“Even though I am based in the U.S., I work at a multinational company with business partners from around the world. Having knowledge of their background and culture helps me build effective relationships. Lots of people are curious about the world, but Croft helps students see it – and process it – in depth at a young age. It’s a valuable foundation to build a career on.” 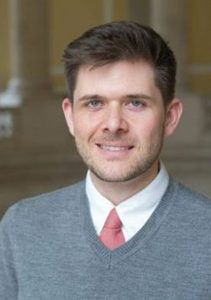 Digital director for the office of U.S. Sen. John McCain in Washington, D.C.

Reves’ introduction to international studies started in high school in Madison, where he took a course on Chinese history and Mandarin.

“I learned a deep appreciation for cultures outside my own, and I wanted to continue exploring that curiosity into my college career,” he said. “Thankfully, Ole Miss offered an incredible program in international relations at the Croft Institute that I was able to take advantage of.”

But Reves’ education at Croft went beyond the borders of China; he learned history, economics and how to appreciate differences among cultures.

“But most of all, the Croft Institute taught me analytical reasoning skills that I have been able to adapt into my career in campaign politics and digital organizing,” he said. “No matter what you do after college, the skills you learn debating world issues with your fellow classmates in the Croft building will serve you in any capacity.

“At the Croft Institute, I developed the intellectual self-confidence necessary to thrive in the political world. I also know that the historical perspective on current world events that Croft teaches has been directly applicable to my work. Though I work in American politics, the historical echoes of our current political environment are undeniable, and being well-versed in recent world history has proven to be indispensable.” 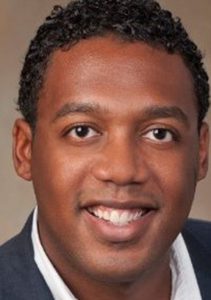 While at Pascagoula High School, Polk spent time in Germany and decided there that he wanted to become ambassador to that country in the future. To reach that goal one day, Polk was drawn to Croft because he knew the strong interdisciplinary program would challenge him.

Still working toward his dream, Polk will begin working on a master’s degree in public policy this fall at Harvard University’s Kennedy School of Government on a full scholarship. The Pascagoula native said the Croft Institute is a large reason why.

In 2015, Polk became the first Mississippian to land an exclusive German Chancellor Fellowship that took him to Germany for a year of study and research, during which he sought to contextualize the German Vocational Education System to fit within Mississippi.

“There are two individuals who are no longer part of Croft that I would love to express gratitude towards,” he said. “I didn’t grow up with much and was the first in my family to go to college, but Dr. Michael Metcalf saw past all of that and urged me to apply to the Croft Institute while I was still in high school.

“Similarly, Dr. Kees Gispen implored me to apply to Croft. … He challenged me to dig deeper in expanding my academic capacity, because passion is only beneficial for others if it is refined and purposeful in its intent.”

Only a year removed from her Croft studies, Romary is roughly 7,500 miles from her home of Hillsborough, North Carolina, teaching English and natural science at a primary school to sixth- and seventh-graders at a village in the southern African nation of Namibia.

Her teaching adventure in Namibia is partly because of Dinius, she said.

“Without Dr. Dinius’ guidance, I wouldn’t be here today,” she said. “So I am grateful for everything he taught me during my four years at Croft. I hope that I’m making him proud.”

“When I learned about the Croft Institute, I instantly knew that this was the program for me,” she said. “I loved the fact that we would be completely immersed in a language, get to broaden our global horizons on multiple levels and have the opportunity to study abroad in a different part of the world.”

Croft’s foreign language requirement came in handy when Romary was assigned by the Peace Corps to learn Khoekhoegowab, a local language that contains “clicking” sounds.

“It was an incredibly difficult yet rewarding process, and I feel that the language practice I had in Croft helped me to prepare for the classes I took here,” she said.

Click here to view a booklet commemorating the 20th anniversary of the Croft Institute.