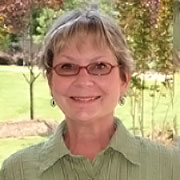 “Rhona’s work has definitely earned that distinction through her work in theatre research, practice and service,” said Scott Magelssen, MATC president. “She also is an admired and respected figure at MATC. As past-president of the organization, she ushered MATC through choppy waters in the last decade, and as the editor of Theatre History Studies, MATC’s print journal, she has shepherded excellent and important work in theatre and performance studies into print.”

The distinction of “fellow” is the highest honor awarded by the MATC, and is bestowed for life. Justice-Malloy will be received as a fellow in March 2015 in Kansas City, Mo.

“The public recognition of contribution to the theatre is really kind of amazing,” Justice-Malloy said. “I am very honored.”