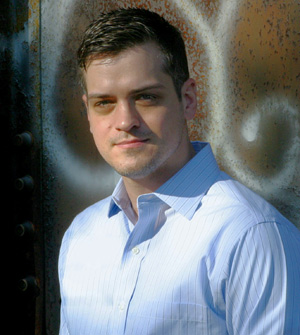 It’s been said the road to success begins with small steps, and for two award-winning University of Mississippi graduate students, that path continues Thursday (April 11) with an appearance on “Thacker Mountain Radio.”

Christopher Allen of Lufkin, Texas, and Jessica Comola of Austin, Texas, won first place in the short story and poetry divisions, respectively, of the second annual Elvis Meets Einstein Awards. The competition, expressly for students in UM’s Master of Fine Arts in Creative Writing program, rewards winners with $1,000 each. Both Allen and Comola are slated to read their prize-winning entries on the popular show, which broadcasts live at 6 p.m. on Rebel Radio 92.1-FM, and is recorded and repeats at 7 p.m. Saturdays on Mississippi Public Radio.

“It’s an honor to be reading at Thacker, and I thank them for allowing me the opportunity to do so,” said Allen, who earned his bachelor’s degree from Stephen F. Austin State University and won the first E Meets E Award in the same category. “The suspense is terrible. I hope it’ll last.”

“E Meets E is a new award, so it feels even more exciting to be involved in its initial stages,” said Comola, a graduate of Rhodes College. “I can’t wait to read for Thacker Mountain and become a part of such a distinguished group of writers.” 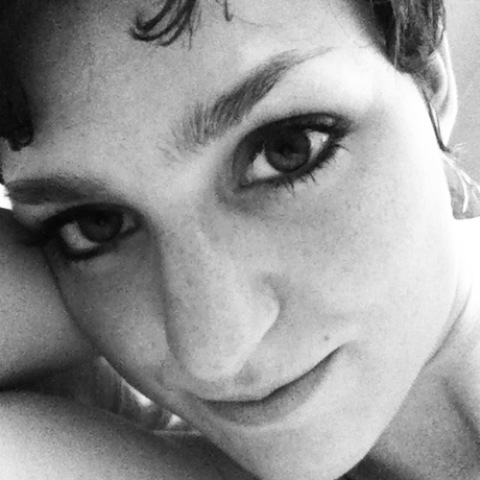 Comola will read a poem called “I Am Your High School Poem,” in which she reflects on both the early and later perceptions of a writer’s works through the tongue-in-cheek persona of the poem itself.

“In high school or early undergrad, we write these pieces that seem so important and powerful, but looking back on them they are entirely embarrassing and juvenile,” she said. “Then there’s this counterpoint where we realize that, no matter what, that was our early work and it counts for something. It’s not something to be ashamed of.”

Allen will read a short story titled “The Armada Sings a Song of Absolution,” in which he compares a routine choir trip with pirates.

“I find the concept of subverting and distorting reader expectations by way of the often surreal and unfamiliar to be especially intriguing,” he said. “I believe that by endowing the ordinary with the extraordinary, I can hopefully create a new and unique fictive experience for my audience, and encourage readers into previously unknown territory.

“By inviting comparisons between seemingly unlike literary objects, the reader is forced to consider these entities not as separate and unrelated occurrences over the course of history, but perhaps more similar and interconnected through the bonds of human experience than initially realized.”

Allen and Comola represent the best within the creative writing program and are sure to be hits on air this week, said Beth Ann Fennelly, professor of English and program director.

“To have two of our master of fine arts students read on Thacker is a great way to invite the local community to experience younger practicioners who are studying the skills that could – who knows – turn them into the next Faulkner,” Fennelly said.

“The requirements of this contest – a one-page limit, both funny and smart – encourages the kind of art that is perfect for the radio, and the warm and lively Thacker crowd will love these pieces. Both Jessica’s and Chris’ work exhibit flair and panache.”

“Thacker Mountain Radio” features weekly author readings and a wide array of musical performances from the Square in Oxford. Performing before a live and loyal audience in Off Square Books, the program also features larger shows each season in the Lyric Theater, a historic movie house that was once a livery stable owned by William Faulkner’s family.