Julian Randall gets $1,000 and will have collection of poems published 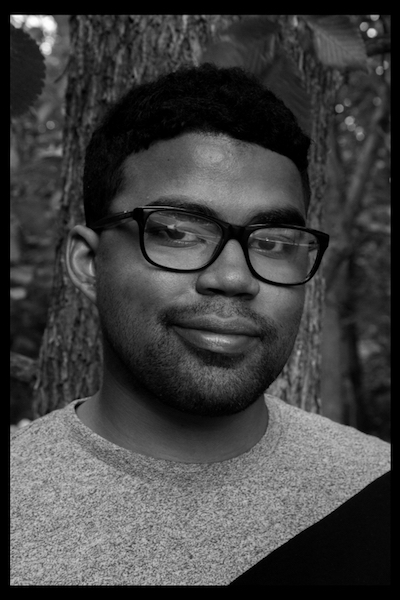 A University of Mississippi graduate student is the latest recipient of a prestigious award cultivating the artistic and professional growth of African-American poets.

The Chicago native gets a $1,000 cash prize and publication contract, and his first full-length collection of poetry will be published and marketed nationwide. “Refuse” (University of Pittsburgh Press, 2018) was selected for publication by Vievee Francis, who is considered one of the greatest minds in modern poetry.

“I know that it’s stereotypical to say, ‘I was pinching myself,’ but my genuine reaction was that I had to still be asleep,” Randall recalled. “The Cave Canem Prize is literally my dream prize and my favorite book prize, the only prize for which I own every single book that has ever won it.

“For this to happen, to have my name alongside books I have wept over, aspired towards, that have launched careers that have made so much of my poetics possible, it’s beyond surreal.”

UM administrators and faculty said Randall is most deserving is his honor.

“Julian is one of our brightest and most promising MFA students,” said Ivo Kamps, chair and professor of English. “That he won the Cave Canem Award before even starting his second year in the program is nothing short of astonishing. It’s literally unprecedented.

“We couldn’t be prouder of Julian, his mentor Dr. Derrick Harriell and our entire MFA faculty.”

Randall is among the most dedicated graduate students with whom he’s had the privilege to work, said Harriell, assistant professor of English and MFA program director.

“His attention to detail and powerful subject matter is illustrated in this very prestigious honor,” he said. “The Cave Canem book prize is amongst our most celebrated, and to have one of our own MFA students be this year’s recipient is gratifying on so many levels.

“I know that Julian will continue to do great things in the future. I couldn’t be more proud of him.”

Randall earned his bachelor’s degree in English-black studies and education from Swarthmore College. He was drawn to the University of Mississippi MFA program after hearing it praised by podcast co-hostess and alumna Aziza Barnes.

“The way Aziza spoke of Ole Miss and why come to Oxford aligned really well with what I saw as the trajectory of ‘Refuse’ at that time,” he said. “I can honestly say the day Derrick called to tell me that I got in was one of the best days of my entire life, and we’ve been rolling strong ever since.

“I’ve had a really great experience at Ole Miss thus far and I’ve never studied anywhere that the faculty have been more open to suggestions and requests.”

Randall said he plans to promote his book in New York this fall.

“I’m not sure where this will take me,” Randall said. “I just know I’m going to keep working as hard as I can to be worthy of the life I’ve been gifted thus far.”

A nonprofit literary service organization with administrative and programming headquarters in Brooklyn, New York, the Cave Canem Foundation has grown from a gathering of 26 poets to become an influential movement with a renowned faculty, high-achieving national fellowship of over 400 and a workshop community of 900.