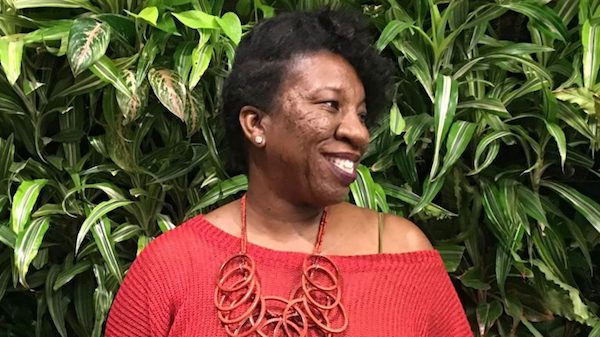 Activist Tarana Burke, founder of the #MeToo movement for survivors of sexual assault and harassment, is the keynote speaker for Women’s History Month at the University of Mississippi March 20.

Burke’s address begins at 6 p.m. in Fulton Chapel. Tickets, which are free for students, faculty, staff and the public, are available at the Ole Miss Box Office in the Ford Center. Each person can get up to five tickets.

“Given national conversations about sexual assault and the increased recognition of the #MeToo movement, we are incredibly fortunate to have Ms. Burke share her story,” said Shawnboda Mead, director of the UM Center for Inclusion and Cross Cultural Engagement, one of the event’s co-sponsors. “I believe her inspirational and engaging message will have a lasting impact on our campus. Anyone who attends this event will not be disappointed.”

Earlier in the day, Burke will meet with student representatives from RASA, ESTEEM, the Associated Student Body, Ole Miss Panhellenic and National Pan-Hellenic Council sororities. A reception in the Jan and Lawrence Farrington Gallery of Bryant Hall follows the keynote address.

A sexual assault survivor herself, Burke has dedicated more than 25 years of her life to social justice and to laying the groundwork for a movement that was initially created to help young women of color who survived sexual abuse and assault. The movement inspires solidarity, amplifies the voices of thousands of victims of sexual abuse and puts the focus back on survivors.

Working under the banner of the #MeToo movement, Burke assists other survivors and those who work to end sexual violence. She is also senior director of programs at Brooklyn-based Girls for Gender Equity.

Onstage, she provides words of empowerment that lift up marginalized voices, enables survivors across all races, genders or classes to know that they are not alone, and creates a place for comfort and healing to those who have experienced trauma.

As part of the university’s observance of International Women’s Day March 8, the “Are You Ready?” Dialogue Series will have a discussion at 6 p.m. in Bryant Hall, Room 111. The event is hosted by CICCE and RASA.

“In anticipation of the Ms. Burke’s women’s empowerment address, this dialogue will focus on her transformational commitments to supporting survivors,” Mead said. “It will also explore Ms. Burke’s intersectional emphasis on creating conversations around how young women of color from low-wealth communities are particularly affected.”

Representatives from RASA will discuss their campus efforts to raise awareness about sexual assault at Ole Miss and provide tips on how to practice active bystander intervention strategies.