by Casey Holliday
Courtesy of The Daily Mississippian 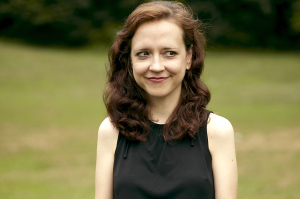 Megan Abbott’s response when asked about adjusting to life in the South shows her awareness of the oldest truth surrounding southern literary circles: If you want to write with the best of them, you got to drink with the best of them. But Abbott, following in the footsteps of Southern writers (and Ole Miss faculty) like Tom Franklin and Jack Pendarvis, has another way in.

Abbott is the current John and Renée Grisham Writer-in-Residence at The University of Mississippi, and the first non-southerner to be selected for the position. Chosen internally by his or her peers, the position highlights an emerging writer and gives him or her time to write, along with teaching one class a semester. Through this appointment, Abbott currently teaches a graduate fiction writing workshop and will teach an undergraduate workshop in the spring.

“I was totally thrilled,” Abbott said of her selection. “It’s a tremendous honor to be part of such a storied tradition of writers. I’m so grateful to John and Renée Grisham and to the MFA Program.”

Megan Abbott was born in Detroit, Mich., and received her degree from the University of Michigan, soon followed by a Ph.D. in English from New York University. She won an Edgar Allan Poe Award for her third book, “Queenpin,” and her sixth book, “Dare Me,” was named by Entertainment Weekly and Amazon as one of the best books of 2012.

With six published novels, along with a nonfiction book, an Edgar award, an upcoming film adaptation and a new novel, “The Fever,” set to be released in June of 2014, Abbott has already begun to leave her mark on the literary world.

Even when switching from 1930s period pieces to modern day high school life, Abbott’s personal style is maintained, resulting in something closest to crime fiction — a genre that particularly attracts Abbott.

“It’s a way of dealing with the big drives of the human heart, of life: love, desire, greed, ambition, revenge,” Abbott said. “And it’s the perfect setting to explore the nature of morality. How we fight ourselves, how we make amends.”

Though her earlier books are set decades in the past and her newer ones are in the present, Abbott still weaves her personal thread through all of her novels. While characters, plots and settings may change, the themes explored remain consistent.

“The way the heart can lead us into dark places, the way power operates among women,” Abbott said. “The power we all have to survive even our own worst impulses. The complicated nature of girlhood.”

If any of this is sounding remotely reminiscent of Oxford’s own William Faulkner, Abbott cites him as one of her major influences and the reason she first began visiting Oxford.

She also draws inspiration from the noir novels by Raymond Chandler and James M. Cain and the writers of the Southern Gothic tradition, like Flannery O’Connor, Truman Capote and Carson McCullers. The result is a voice that is just as distinctive as any of the others mentioned.

“Abbott is one of the few writers I’ve come across that seamlessly blends lyricism with compelling, approachable stories,” said Mary B. Sellers, a recent Ole Miss graduate. “Abbott can take the grittiest crime novel, maintain the seedy trappings of noir, and make a murder scene excruciatingly nostalgic. She is deft with her descriptions, a master in embroidering actions with evocative adverbs.”

As the writer-in-residence, Abbott receives housing to live in Oxford while continuing her writing and teaching at the university. Because of this, she is able to experience Oxford culture from a local’s perspective.

“I’ve been to Oxford several times before,” Abbott said, referencing book signing events at Square Books. “But living here means I get to explore on a whole other level — the incredible food, the football weekend experience, the nightlife and the greatest bookstore in the world, Square Books.”

Abbott is not the only person excited about her current post in Oxford. Students are excited to have Abbott joining the Ole Miss family, one being Eliza McClure, senior English major, who highlighted the believability of Abbott’s narratives as part of their appeal, particularly in in her most recent work, “Dare Me.”

“What is unusual about ‘Dare Me’ is that even though it is told from a sixteen-year-old cheerleader’s point of view, the problems and emotions are so familiar that anyone can relate to the material,” McClure said. “Overbearing friendships, Adderall and alcohol abuse, eating disorders and the utter mundaneness of teenage years are all things we either experienced or witnessed in high school.”

Sellers agreed, noting that while she was at first “very skeptical about the whole cheerleading premise,” it became one of her favorite books of 2013.

For Abbott, the experience has so far been a positive one.

“I’m so happy to be here,” Abbott said. “The students I’ve worked with so far are wonderful, earnest (and) inspiring.”