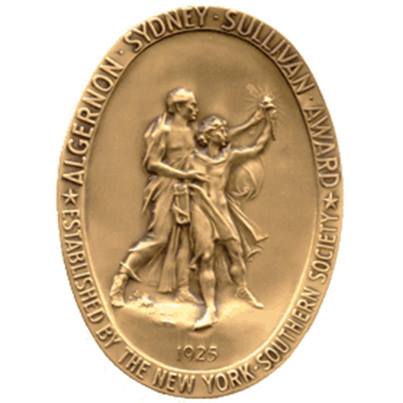 The McLean Institute for Public Service and Community Engagement at the University of Mississippi is seeking nominations for the Algernon Sydney Sullivan Award, which honors individuals for their hard work, dedication to others and overall selfless ambition.

The award will be given in partnership with UM Volunteer Services/Office of the Dean of Students. The McLean Institute will accept nominations for one UM student (undergraduate or graduate) and one UM alumnus or member of the Lafayette-Oxford-University community.

The nomination form for the 2014 Algernon Sydney Sullivan Award is available online. Nominations will be accepted until Friday (Feb. 21).

“The Sullivan Award is the highest honor given by the University of Mississippi to individuals who distinguish themselves with selfless service,” Chancellor Dan Jones said. “We are proud to elevate service by our students and members of our community with this prestigious award.”

The Algernon Sydney Sullivan Award was established in 1890 to honor humble individuals exhibiting nobility of character. The award is meant to recognize those who place service to others and the community before themselves, and who embody the qualities of honesty, morality, ethics, integrity, responsibility, determination, courage and compassion.

“Recognizing and celebrating service is crucial to the mission of the McLean Institute, which supports transformation through service,” said Albert Nylander, director of the McLean Institute. “The Sullivan Award is an opportunity to honor a student and community member who have made our community a better place because of their humble service to others.”

The colleges and universities that participate in the Sullivan Awards program reflect the interest of Algernon Sydney Sullivan and his wife, Mary Mildred Sullivan, to elevate, educate and honor deserving students in the American South. Sullivan, an attorney in Indiana and New York in the 1890s, was known for his generosity and lifelong work for equality for all.

The award itself is a bronze medallion, accompanied by a framed certificate describing the award and a biography of Algernon Sydney Sullivan.

For more information or to nominate an individual, visit Sullivan Award>>