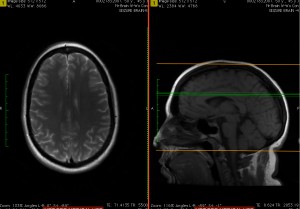 Magnetic resonance imaging (MRI) is the topic of discussion.

The history and development of magnetic resonance imaging will be examined during the next installment of a monthly public science forum organized by the University of Mississippi Department of Physics and Astronomy.

The next meeting of the Oxford Science Cafe is set for 6 p.m. March 22 at Lusa Bakery Bistro and Bar, 1120 North Lamar Blvd. Joel Mobley, UM associate professor of physics and astronomy, will discuss “The Physics of MRI.” Admission is free.

“Magnetic resonance imaging has revolutionized the diagnosis and treatment of a broad spectrum of medical conditions,” Mobley said. “Since its clinical debut in the 1980s, it has evolved to provide a level of anatomical detail not possible with any other imaging modality, all without the focus of an ultrasound probe or the directionality of an X-ray beam.”

Mobley’s 45-minute presentation will include discussions of recent MRI discoveries. 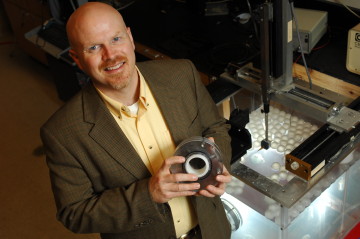 “The fundamental principles at work in MRI include quantum physics, spinning tops, flipping magnets and simple patterns of bright and dark,” he said. “The aim of this talk is to remove some of the mystery of how the manipulation of the weakest magnets in the atom leads to the MR image and to look at emerging medical treatments enabled by MRI.”

Mobley earned his master’s and doctoral degrees from Washington University and his bachelor’s degree from the University of Kentucky. Before joining the UM faculty in 2005, Mobley worked as a postdoctoral fellow at Oak Ridge National Laboratory in Tennessee and a research physicist for the U.S. Army Research Laboratory in Adelphi, Maryland.

He holds memberships in the Acoustical Society of America, the American Physical Society and the Institute of Electrical and Electronics Engineers. Mobley’s research interests are biomedical ultrasonics, opto-acoustics and physical acoustics.