Lecture to Focus on Fossils of New Human Ancestors 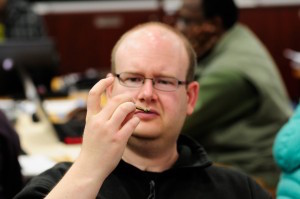 The University of Mississippi will host two guest speakers involved in the analysis of fossils of a human ancestor, Homo naledi, with a public lecture at 7 p.m. Wednesday (Nov. 11) in Farley Hall, Room 202.

The event is free and open to the public.

Speakers Juliet Brophy, assistant professor in the Department of Geography and Anthropology at Louisiana State University, and Zach Throckmorton, assistant professor of anatomy at Lincoln Memorial University’s DeBusk College of Osteopathic Medicine in Harrogate, Tennessee, had a unique opportunity to be a part of a momentous paleoanthropological discovery.

In the 20th century, South Africa was dubbed “The Cradle of Humankind” due to its frequency of fossil and excavation finds, and the country continued to live up to that name with a discovery in March 2014. In the depths of Rising Star Cave, paleoanthropologists found the preserved bones of a human ancestor in what appeared to be a reserved burial chamber. The fossils were analyzed by a select group of 30 advanced graduate students aor newly appointed Ph.D. recipients who responded to a Facebook post, which is how Brophy and Throckmorton became involved.

“After the fossils were excavated, Lee Berger, head of the Evolutionary Studies Institute at the University of Witwatersrand and project director for Rising Star, put out a call for early-career scientists ‘to study and describe recently discovered fossil early hominin material,’” Brophy said. “The scientists had to have data and skill sets applicable to the study of early hominins. From the applications, he hand-picked 30 early-career scientists from around the world to look at the fossils, and luckily I was picked as one of the 30.”

“I became involved by replying to a Facebook post looking for early scientists to help describe and analyze the Rising Star fossil material,” Throckmorton said. “I fit that description and applied because the workshop was an opportunity to have first access to hominin fossils.” 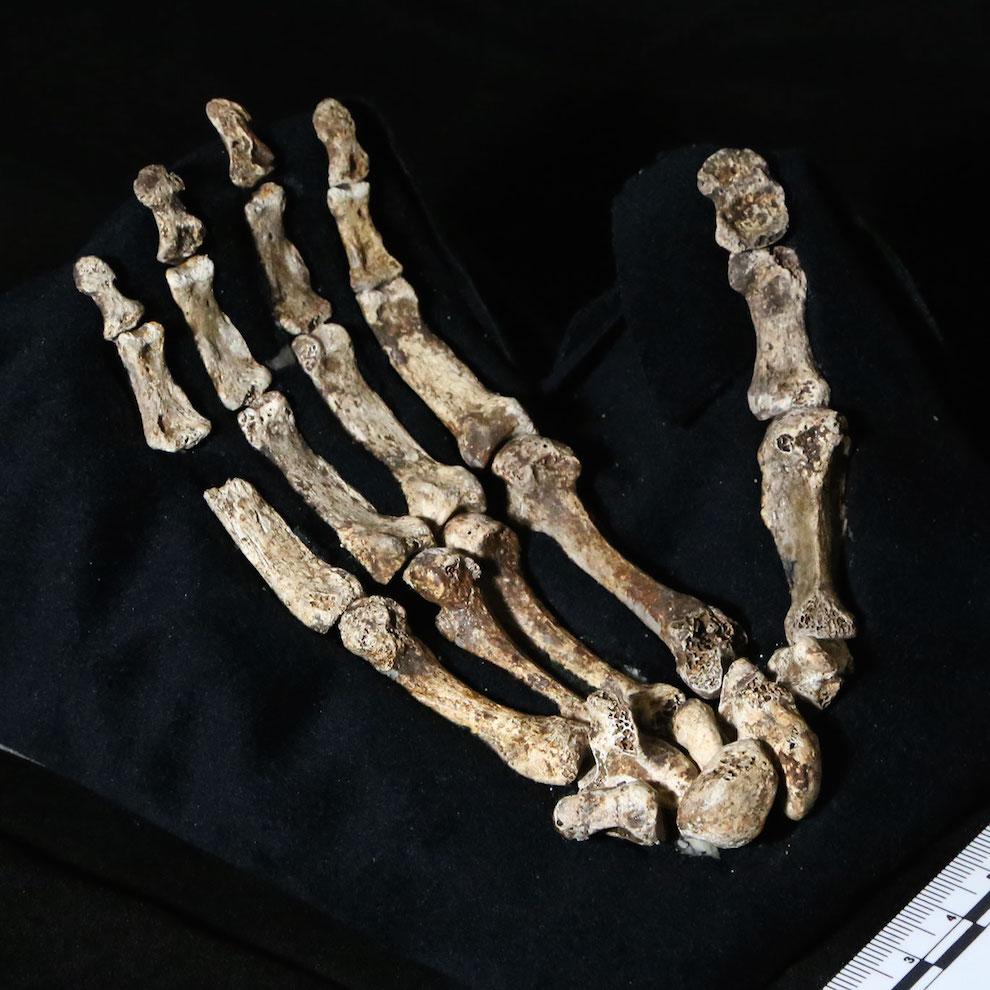 A mounted photo of the Homo naledi’s hand from the Rising Star Cave in South Africa.

With the help of sponsorships from the UM Lecture Series, the Sally McDonnell-Barksdale Honors College, the Department of Sociology and Anthropology, and the UM Anthropological Society, Carolyn Freiwald, UM assistant professor of anthropology, invited Brophy and Throckmorton to come to UM to tell their incredible stories.

“Three researchers from my alma mater (University of Wisconsin at Madison) were involved in the research, so I thought we had a great opportunity to hear firsthand about a new human ancestor,” Freiwald said. “The find is creating quite a stir, from the speed of the research, which took just two years from discovery to publication, to the age of the team members, many of whom were early-career scientists, to the startling idea that pre-humans may have buried their dead far earlier than we thought.”

Freiwald said Brophy and Throckmorton will also speak to undergraduate and graduate classes that day, where students can pose questions to scientists in the anthropological field of study.

“I think these lectures will be a great opportunity for students,” Freiwald said. “They will be able to ask questions firsthand of paeloanthropologists, which may help guide students to interesting careers, and it will allow people to see how we actually study human history and evolution.”

Brophy and Throckmorton said they are elated at the chance to discuss the subject matter and speak with students who are in the same position they were in not that long ago.

“My hope is to share the excitement of these new fossils with UM students,” Brophy said. “A find like this is unprecedented in paleoanthropology. I look forward to giving a firsthand account of what the fossils look like, of the unique approach the analyses took and of the significance of the finds.

“By co-lecturing with Zach, we could both speak about our areas of analysis. He specializes in the foot and I specialize in teeth, so a co-lecture would nicely cover the cranial and postcranial material.”

The lecture is an amazing opportunity, Throckmorton said.

“Sometimes college classes seem a bit abstract or irrelevant, but you never know what you might learn in a class and what they might prepare you for,” he said. “If you work hard and take advantage of the opportunity that is going to college, you’ll be prepared to do something truly special if the chance arises.”

With help from the Center for Manufacturing Excellence department, Freiwald said they will also have 3D replicas of the fossils at the lectures for audience members to visualize.

While the lecture that evening is open to the public, it is somewhat limited in capacity. Still, Freiwald urges all who are able to attend. Freiwald wants Brophy and Throckmorton to engage and experience Oxford’s culture and people.

“The public talk is at 7 p.m., and then we’re having a reception afterward on the Square, so we will have plenty of opportunities to speak with Juliet or Zach,” Freiwald said. “For those who don’t usually follow fossils, human evolution or anthropology, this will be a great way to see how interesting it all is and why The New York Times, BBC, NPR and National Geographic all made such a stir about this discovery.”