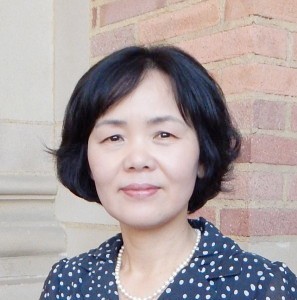 Sung-Ock Sohn of UCLA will deliver the 55th Longest Lecture.

A renowned scholar of the Korean language, Sung-Ock Sohn is set to deliver the first-ever Longest Lecture on the language Oct. 19 at the University of Mississippi.

The lecture, the 55th annual installment in the series, is set for 5:30 p.m. in Bondurant Auditorium. Free and open to the public, the lecture will be preceded by a reception at 5 p.m.

“The Christopher Longest Lecture is the one event the Department of Modern Languages looks forward to each year,” said Donald Dyer, UM chair of modern languages. “This year, we will be excited to welcome Dr. Sung-Ock Sohn of the University of California (at) Los Angeles to Oxford to give the lecture.

“Dr. Sohn is a specialist in Korean language, linguistics and pedagogy, a renowned scholar in her field. Hers will be the first Longest Lecture to feature Korean, the youngest language in our department, but a language currently enrolling over 30 UM students. Korean-language enrollments nationwide are increasing quickly and we are very proud to operate one of few Korean-language programs in the South.”

Longest was born in 1874 in Pontotoc County and graduated from UM in 1900 with an A.B. degree. He spent several years teaching Spanish and Latin at Johns Hopkins University, where he earned a graduate degree in 1908. He then went on to earn a doctorate from the University of Chicago and a Doctor of Law from Mississippi College.

Longest returned to UM in 1908 and taught Latin and Spanish until 1947, when he became chair of the Department of Modern Languages, serving until 1951. In addition, he served as acting chancellor in 1930, registrar for a year in 1929, and director of summer session from 1920 to 1934. He managed the alumni fund from 1912 to 1951, when he retired from UM. Upon retirement, he served as president of First National Bank of Oxford.

The Christopher Longest Lecture Series was established at UM in 1961 by Longest’s wife, Ann Waller Reins Longest, to honor her husband and enrich the university he contributed to for many years.