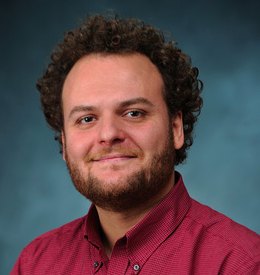 A new exhibition, European Treasure: A.H. Reed’s French & Italian Autograph Letters, exploring France and Italy’s search of their national identities is on at Reed Gallery in the Dunedin City Library in New Zealand until January 11, 2015.

The exhibition is the result of Dunedin Public Libraries Heritage Collections collaborating with Valerio Cappozzo, assistant professor of modern languages and director of the Italian Language Program at the University of Mississippi. Dr. Cappozzo has visited the Reed collections twice helping unearth the stories behind the letters.

The exhibition aims to create a meaningful connection among disparate handwritings, which guide us through troubled times in late eighteenth and early nineteenth century Europe, among two nations in search of their national identities. It includes letters by people who helped to make France and Italy the modern states they are today. Of particular interest are letters by Italy’s ‘father of the nation’ Giuseppe Garibaldi, which exemplify the rebellious spirit agitating European nations in search of stability, identity and peace.

Certain letters evoke cultural aspects, such as Jules Verne’s letter responding to a literary admirer who had evidently written to him in praise. Personal letters to friends convey a more human side and give us a glimpse into some private and daily aspects of the lives of those writers.

Alfred Hamish Reed’s letter collecting is itself a subject of focus, with displays of his meticulously organised albums of letters, to which he habitually added portraits of authors or significant persons, a typed copy of the letter text, supplemented with biographical notes, and embellished with fancy lettering and illuminated in colour. The Barham scrapbook, recently discovered at a bookstore in Canada, contains the correspondence of Mr and Mrs Barham with Mr Reed during his final years, and reveals their fascination with his character.

Mr Reed began collecting autograph letters in 1907, laying the foundation of a huge collection. He appreciated a letter for its uniqueness, retaining something of the individuality of the author, and sometimes the personality of the recipient. These rare and precious items offer an exceptional opportunity to glimpse the personalities of various French and Italian historical and cultural figures—and of Mr Reed himself.