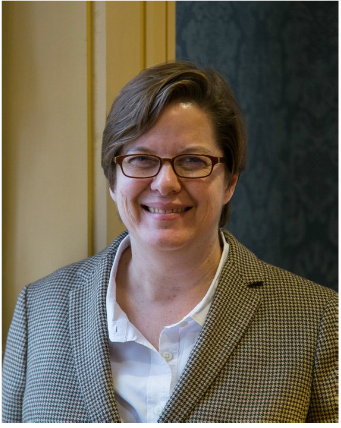 Jaime Harker, professor of English, will become the next director of The Sarah Isom Center for Women and Gender Studies on August 1.

Harker, who holds a PhD in English from Temple University, teaches American literature, gay and lesbian literature, and gender studies. She has published essays on Japanese translation, popular women writers of the interwar period, Oprah’s book club, and and Cold War gay literature. The author of America the Middlebrow: Women’s Novels, Progressivism, and Middlebrow Authorship Between the Wars and Middlebrow Queer: Christopher Isherwood in America, and the co-editor of The Oprah Affect: Critical Essays on Oprah’s Book Club , 1960s Gay Pulp Fiction: The Misplaced Heritage, and This Book is an Action: Feminist Print Culture and Activist Aesthetics.  She is on the editorial board of Pickering and Chatto Publishers Book Series “Literary Texts and the Popular Marketplace” and is currently finishing a book on Southern lesbian feminism and feminist print culture.

The Isom Center mission is to integrate scholarly research on women’s and gender issues with advocacy for women in the classroom, on the campus, and in the larger community.