February 18, 2021 by JB Clark
This year marks 40 years of women’s advocacy, research and education for the Sarah Isom Center for Women’s and Gender Studies at the University of Mississippi.

The official story of women at Ole Miss goes all the way back to the 1880s with the admission of the first 11 female students in 1882 – making it one of the first Southern universities to do so. This was followed three years later by the hiring of Sarah McGehee Isom, the university’s first female faculty member and the first female faculty member at a coeducational institution of higher learning in the Southeast.

But decades later, the university’s position on women had gone from progressive to outdated, still employing a dean of women to monitor the curfews and clothing of female students.

The Legacy of Jan Hawks

When Jan Hawks finished her Ph.D. at Ole Miss and accepted the role of dean of women in the 1970s, things were poised to change. Since female faculty and staff weren’t allowed in most of the popular male networking organizations, a group including Hawks began meeting for lunch, calling themselves the Non-Rotary Club.

Hawks, a kind, compassionate and conservative administrator, was known to get on with people from all walks, so when her lunchmates talked of women’s rights and inclusion on campus, she listened.

“She was not a radical by any stretch of the imagination; she was cautious,” said Shelia Skemp a member of the unofficial lunch group and key player in the development of the Isom Center. “But she was always willing to pay attention to what other people thought was important and to be the very judicious person who kept those of us who thought we were wide-eyed radicals from making big mistakes. She had good judgement.”

Gloria Kellum, who in 1998 became UM’s first female vice chancellor, was also a member of the Non-Rotary Club. She remembers Hawks seeing an even bigger vision for female representation on campus.

“She was an academic with excellent credentials in history, so even though she was in student life, she approached things as an academic might,” Kellum said. “She knew there was a place on campus for a center to advocate for women, but also to look at the scholarship of women at Ole Miss and women in the South.”

Chancellor Porter Fortune also thought it was a good idea to create a more equitable environment on campus for women, so he formed a task force, chaired by Hawks, in 1978. Its recommendations led to the creation of the Sarah Isom Center for Women and the abolition of the Office of the Dean of Women.

Fortune appointed Hawks with the challenging task of leading the center.

“There were very few people who wanted (the center) – they thought it was ridiculous,” said Ann Abadie, another member of the task force. “People thought any woman with a great idea was a bra burner.

“But Chancellor Fortune, who was a conservative man in many ways, listened and he was forward-thinking in many ways too.”

Ginny Starr, Hawks’ daughter, said her mother was able to succeed in the face of such opposition because of the grace she offered others and her commitment to living out her beliefs.

“She was a very humble Christian woman who, even though she wasn’t a women’s libber, was very much into pushing for women’s rights,” Starr said. “She worked with the women’s shelter and helped get women out of bad situations.

“That was the example that she made to me: Don’t do things for the shine, do things because you know they’re right.”

Because Hawks was always ready to listen and to make people feel welcome, the Isom Center quickly became a safe place for students, faculty and staff to feel welcome and heard. It also became known for the staff’s willingness and ability to collaborate across disciplines.

Abadie, a UM faculty member who was on the committee to start the Center for the Study of Southern Culture, worked with Hawks to get a grant from the Modern Languages Association to study women from the regional perspective – specifically Southern women.

As a part of the program, Hawks taught a course on women in the South, which was the first course offered through the Center for the Study of Southern Culture. 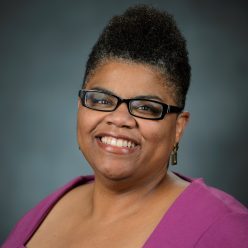 “We’re a small center, so we know to do things, we need partners in the community and at the university,” said Jaime Harker, the center’s director. “I see us expanding partnerships for programs and research projects.”

For Harker, part of creating new partnerships is thinking of the center as an incubator.

“One of the things I see is our best ideas have always come from students’ needs or dreams, and we’re going to continue to be that place that helps students dream big and make it a reality,” she said. “If a student has an idea, we want to help grow it.”

This is true of Sarahfest and Oxford Pride Week, two of the center’s biggest annual undertakings.

“There is a stereotype of what’s possible in small town in Mississippi, but it’s just not always true,” Harker said. “You find allyship and collaboration in ways you wouldn’t expect. In a time when people are going into bunkers and dividing, we see people come together across divides for a love of art, literature or advocacy.

“That’s what we get excited about – when we have a chance to not only create spaces for folks who have felt invisible, but to bring people together in ways they wouldn’t expect.”

To celebrate the continued growth of such a space, the center is spending the year examining the growth of women and LGBTQA individuals at Ole Miss and in the culture, specifically through its monthly Sarah Talks.

In the first talk at 4 p.m. Feb. 18, a virtual lecture via Zoom, Shennette Garrett-Scott, associate professor of history and African American studies, will explore black female leadership through the life of Mary Cordelia Montgomery Booze. Booze was the first African American woman to serve as committeewoman from Mississippi to the Republican National Committee.

After that Sarah Talk, the talks will continue on the first Thursday of each month and touch on topics including women at the university, queering the curriculum, women’s scholarship, LGBTQ history and women’s mentorship.

The program will conclude in February 2022 with the celebration of 140 anniversary of women at UM.

Find out more about programming for the 40th anniversary or register for Sarah Talks here.