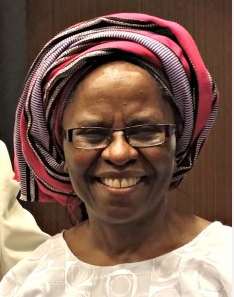 Schleicher, a professor of linguistics at Indiana University, is also the executive director of the university’s Joint Language Resource Center and the director of the U.S. National African Language Resource Center. In 2010, she received the UW-Madison Chancellor’s Distinguished Teaching Award and the NCOLCTL Walton Award for a Lifetime Distinguished Career in support of less commonly taught languages.

Donald Dyer, chair and professor of modern languages, said the department is looking forward to another great Longest Lecture.

“This year’s speaker will deliver the first talk on African languages in the 54-year history of the endowed series, a talk which will be particularly relevant for our community given the university’s initiation this year of basic language instruction in Swahili,” Dyer said. “Dr. Schleicher is a nationally and internationally recognized scholar and pedagogue who works tirelessly to advance the field of African-language study in the United States. We will be extremely proud to welcome her to Oxford.”

Schleicher has authored four textbooks and three multimedia CD-ROMs for the learning of Yoruba and has co-authored numerous textbooks for other African languages such as Swahili, Shona and Pulaar. She co-authored African Language Pedagogy: An Emerging Field and has edited 12 other books and six journals and has authored nearly two dozen articles in peer reviewed journals.

She has degrees from the University of Ibadan, Nigeria and the University of Kansas in General Linguistics and much of her current work deals with pedagogical issues in foreign and second language acquisition. She teaches courses on the theory and practice of teaching African languages and the structure and analysis of African languages. She also serves as the executive director of both the National Council of Less-Commonly Taught Languages and the African Language Teachers Association.

An Executive Board Member of JNCL (Joint National Committee for Languages, Schleicher was awarded the U.S. President’s Gold Level Volunteer Service Award for over 500-hours-a-year of devoted and unpaid service to the cause of promoting less-commonly taught languages and cultures in the U.S. Recently she was elected for a three-year term to the American Council on the Teaching of Foreign Languages (ACTFL) board of directors.

“After reading about the amazing career of Christopher Longest and the caliber of outstanding speakers selected to speak at the annual Christopher Longest Lecture, I felt truly humbled and at the same time greatly honored to be a part of this series,”Schleicher said. “More so that I will be the first to present on African languages. I am really looking forward to being a part of the celebration of the life of this great scholar and administrator.”

The Christopher Longest Series was created by Ann Waller Reins Longest to honor her husband and also enrich the university, to which he contributed so much during his career. The series, which began in 1961, is named for the former UM chair and professor of modern languages.

Christopher Longest, a native of Pontotoc County, graduated from the university in 1900. He first taught English at Johns Hopkins University, where he completed his graduate degree in 1908. He earned a doctorate from the University of Chicago in 1915 and a doctor of law degree from Mississippi College in 1950.

Longest held several Spanish and Latin teaching positions from 1908 until he became the chairman of the Department of Modern Languages in 1947, serving until 1951. He also served as acting chancellor in 1930, registrar in 1929 and 1930 and also director of the university’s summer session from 1920 to 1934. He managed the alumni fund from 1912 to 1951. After retiring from teaching, Longest became president of First National Bank of Oxford.