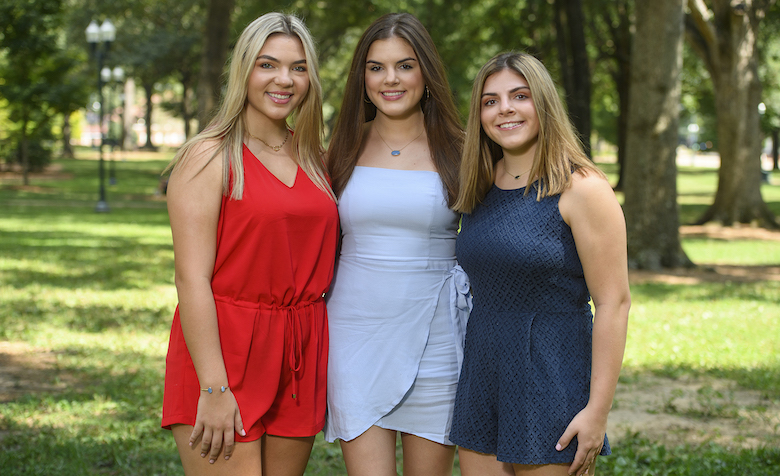 UM Honors College freshmen (from left) Amelia, Juliana and Alexandra Ladner spend time together in the Grove. The triplets say they’ve known all their lives that they would attend Ole Miss, and they’re enjoying the adjustment to college life. Photo by Thomas Graning/Ole Miss Digital Imaging Services

For Alexandra, Amelia and Juliana Ladner, love for the University of Mississippi has always been a family affair.

“We grew up loving Ole Miss from the cradle,” said Alexandra Ladner, the youngest of the triplets who are all freshmen in the Sally McDonnell Barksdale Honors College. “Our parents used Ole Miss booties to announce to the family that we were on the way and the words ‘Three Little Rebels’ was written at the top of the sonogram.”

Amelia Ladner said she and her sisters have known all their lives that they would attend UM.

“We reaffirmed that officially on Junior Preview Day and through our visit to the Honors College,” she said.

“I have always strived to work as hard as I can to keep my grades high and achieve my goal of being at the top of my class,” she said. “Achieving the salutatorian title allowed me to earn an additional scholarship to apply toward my four years at Ole Miss.”

Mark Ladner attended the UM Medical Center and is vice chair of clinical affairs and director of the Division of Adult Psychiatry. After earning her master’s degree from UM in 1991, Angela Ladner became executive director-lobbyist for the Mississippi Psychiatric Association and the Mississippi Oncology Society. 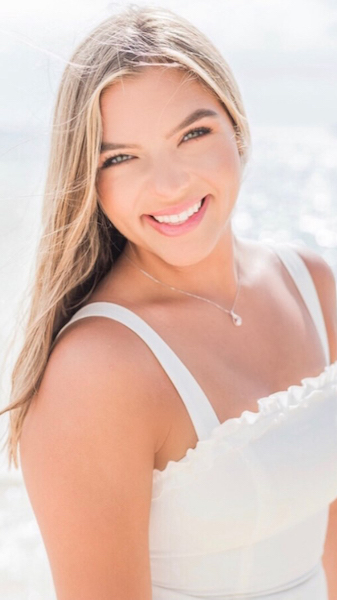 “Our parents met one night after a home football game on campus through my dad’s first cousin, who happened to be a sorority sister of my mom,” Amelia Ladner said. “We are all honored to have been selected for the Herb Dewees Alumni Scholarship since both our parents attended the university and we have grown up in the Grove.”

The girls are also grateful that the scholarships help cover their expenses.

“We never realized how much a financial strain it would be for our parents to have three children in college at the same time,” Juliana Ladner said. “All these scholarships help us do our part to assist them to afford this opportunity for us.”

Alexandra and Amelia are majoring in biology on the pre-med track, and Julianna is a psychology major. Each of the sisters shared why she selected her particular field of study.

“I have always been fascinated with medicine and what it takes to become a doctor,” Alexandra Ladner said. “There is a lot of sacrifice as I have seen firsthand by my dad, but I think I am prepared to do the work necessary to become a physician.”

Amelia Ladner wants to become a pediatrician and plans to attend UMMC after graduation.

“I have always loved children,” she said. “My ultimate goal would be to work at the Blair E. Batson Hospital.”

Juliana Ladner said she originally planned to enter the integrated marketing communications program, but has since decided that psychology is where she is best suited.

“I want to help people that struggle with mental health challenges like anxiety, depression and OCD,” she said.

“We met with the Thrashes during the summer,” Amelia Ladner said. “All of us were very familiar with sharing a room with our siblings. Switching sisters on campus for roommates just seemed to make sense to us.” 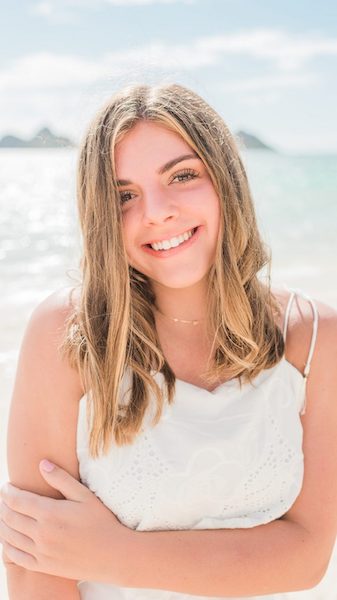 Alexandra Ladner said while her studies and keeping a 4.0 GPA are priority, she loves Rebel baseball and wants to become a diamond girl in the near future.

“I have watched the Rebels and cheered for all athletic teams, but baseball is my favorite,” she said. “I was the student director of the diamond girls program at my high school and I would love to have the opportunity to serve the team and my community in this capacity.

“I am also learning about all the on-campus groups and activities so I can participate when possible.”

Amelia Ladner said she is excited to rush and find her place among all the Greek offerings on campus.

“Both our parents were Greek and they understand the impact these groups can have well beyond the college experience,” she said. “I also look forward to studying hard and keeping my grades very high and maybe getting a chance to share my voice.”

Julianna Ladner said she also wants to join a sorority and fully embrace that opportunity.

“It has been a goal of mine, which I am getting close to reaching on Sept. 6, 2020,” she said. “I love to serve my community and fellow man, whether it be task-oriented or just lending a supportive shoulder for someone going through a hard time.

“Adjusting to college is new, and we all need to support one another.”

Undoubtedly, the COVID-19 pandemic has been a very eye-opening time for the Ladner sisters.

“We lost the last nine weeks of our senior year,” Alexandra Ladner said. “There would have been a lot of senior parties, our senior prom, tennis practices, baseball games and all of the pomp and circumstance of a May 20th graduation.” 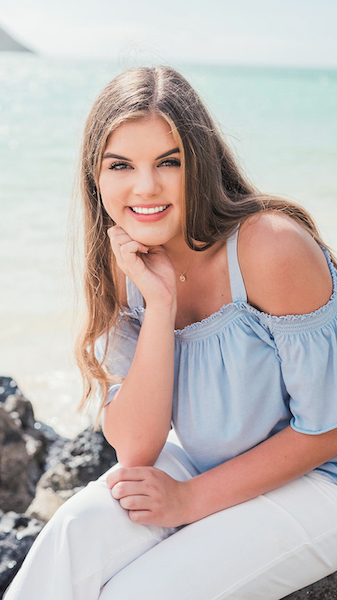 “Amelia and I were ready to win the MHSAA 2A Girls State Tennis Championships, for which we were runners-up in 2019,” Alexandra Ladner said. “Julianna and Nicholas were ready to work for the mixed doubles crown.”

All the triplets were diamond girls for their high school team. Alexandra was keeping stats for the varsity team, which was ready to make a run for another state title. Their world quickly changed from in-person to virtual right after spring break.

“All that we had looked forward to was cancelled, postponed or moved to a different date,” Amelia Ladner said. “We worked hard and kept our grades high while trying to balance assignments via Zoom calls and mourning the loss of all those things that we had been hoping to achieve athletically.”

St. Joseph’s did have an in-person graduation with parents in the audience and family and friends watching via livestream on June 12. During the summer, the Ladners stayed close to home to prepare for the fall semester.

“We did get a trip to the beach with our future roommates and close friends,” Julianna Ladner said. “All of us had already been admitted to Ole Miss, as had our roommates, so we followed our plan to design our dorm rooms and prepare for coming to campus.”

The sisters followed all the precautions and executive orders and avoided COVID-19 so they could get to Ole Miss.

“We have been very fortunate to not have any catastrophic experiences to this point,” Amelia Ladner said. “We have lost loved ones, like our grandfather and uncle, that deeply affected our quality of life, but we have supported one another through it all.”

Triplets often get categorized as one entity, not always three. The Ladners are familiar with this experience but plan to distinguish themselves as individuals while on campus.

“We are three people that happen to be born on the same day – just a minute apart – but we are very different in looks and personality,” Alexandra Ladner said. “It is our hope that our time at Ole Miss will allow us to shine individually.”

Faith and family have been the triplets’ foundation and will remain so even as they pursue separate goals.

“Our bond as sisters and best friends is very special,” Alexandra Ladner said. “Since we have always been in the same grade and in a relatively small school, we had to compete against each other, which was uncomfortable at times.

“But we help each other whenever needed. Right now, we are so excited to add the Ole Miss family to our resume and look forward to all that can be achieved here, both together and separately.”