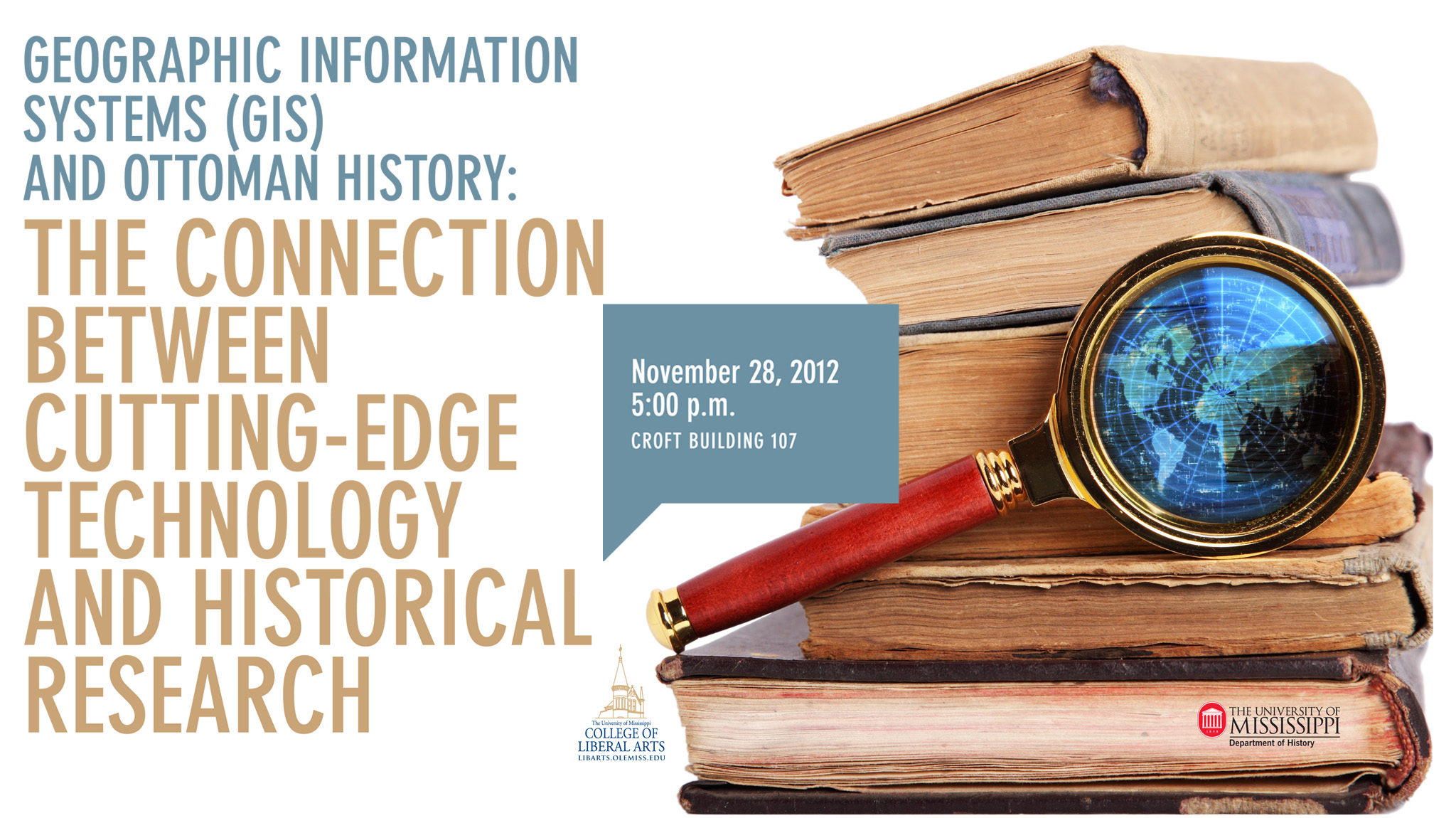 An approach that combines geographic mapping technology with the study of ancient cultures is shaping the way some historians approach their research.

Amy Singer, a leading historian in Middle Eastern studies, will speak Nov. 28 at the University of Mississippi about the use of Geographic Information Systems in her Ottoman Empire research. The lecture, “Historical Geographic Information Systems and Ottoman History: the Connection Between Cutting Edge Technology and Historical Research” begins at 5 p.m. in Croft Room 107. It is free and open to the public.

“The talk will discuss the preliminary results of a meeting between Ottoman history and Geographic Information Systems, one of the most common and widespread geography methodologies-technologies of our time,” Singer said. “The discussion aims to present the advantages and the difficulties of joining history and geography in Ottoman historical study.”

Singer, a professor at Tel Aviv University in Israel, is using GIS systems in her research of the empire-wide phenomenon of “imaret,” or Ottoman public kitchens in the empire’s one-time capital of Edirne in northwest Turkey. Her studies of imaret evolved from her research into the relationship between Ottoman officials and Palestinian peasants, during which she learned of “waaf,” a large endowment to fund public kitchens established in Jerusalem in the mid-16th century.

Singer is the author of the award-winning book “Charity in Islamic Societies” (Cambridge University Press, 2008), as well as other historical works.

“Professor Singer has an incredible knack for combining two levels of history,” said Nicolas Trépanier, UM assistant professor of history. “She’s very aware that she’s talking about real human beings and she understands that these people were not thinking about history like historians – they had daily life concerns.

“At the same time, she’s able to see the much larger picture and link that with much broader philosophical questions. It’s really rare that you have someone who is able to combine those two levels so naturally, and I think it will be visible in the way that she talks, also.”

The combination of GIS adds a visual aspect to Singer’s historical studies that is not common elsewhere, Trépanier said.

“She’s really doing something new in our field,” he said. “It’s a concrete example of what you can do when you look outside of your discipline and take tools from elsewhere. It’s indicative of practices that are going to become more common in the way that historians work.”

The lecture is presented by the UM departments of History, Computer and Information Science, and Sociology and Anthropology, the Sally McDonnell Barksdale Honors College, Croft Institute for International Studies, University Lecture Series, Sarah Isom Center for Women and Gender Studies and the Office of the Provost.

For more information or for assistance related to a disability, contact the Department of History at 662-915-7148 or history@olemiss.edu.