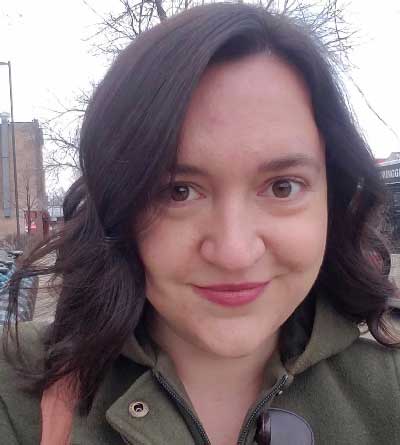 Alexandra Lindgren-Gibson, an assistant professor of history at the University of Mississippi, has been awarded a research fellowship from the University of Rochester, which funds a year of workshops, programs, research and biweekly Humanities Center seminars.

Lindgren-Gibson said she was absolutely delighted when she found out she received this fellowship.

“It’s an honor to receive this kind of fellowship, which is basically getting someone to pay you to write and talk about ideas with other really smart people,” Lindgren-Gibson said. “On a practical level, this means that I’ll have the time to complete my book manuscript and hopefully think about where I want my research to go next.”

Lindgren-Gibson has been working on a book manuscript titled “Working-Class Raj: Colonialism and the Making of Class in British India,” which resituates British working-class history as both imperial and global history in exploring the experience of British soldiers and railway workers in India during the late 19th and early 20th centuries.

Every year, the fellowship has a theme, and fittingly, this year’s theme is community, which Lindgren-Gibson said fits well with her research.

“That’s what attracted me to the fellowship,” Lindgren-Gibson said. “I think about how people maintained relationships and tried – sometimes succeeding, sometimes failing – across vast geographic and cultural distances.

“I’m excited to be in a place where I’ll get to work with other scholars who are thinking about the same kinds of questions I am.”

Noell Wilson, chair of history and Croft associate professor of history and international studies, said she was thrilled when she found out Lindgren-Gibson received this fellowship, but she wasn’t surprised.

“No other historian here has received this particular fellowship, and it is a significant honor for a pre-tenure assistant professor to receive this award when the fellowship is open to faculty of any rank,” Wilson said. “Alex’s competitiveness in a pool with senior scholars speaks both to the sophistication and innovation of her work in linking the study of imperialism and class.”

Wilson added that she’s excited for Lindgren-Gibson and what this will bring to the university.

“Having a year in residence at the University of Rochester to interact with their faculty and visiting scholars will provide important opportunities for Alex to gather new ideas for both her research and teaching, which she can leverage to strengthen the Department of History here at UM,” Wilson said.