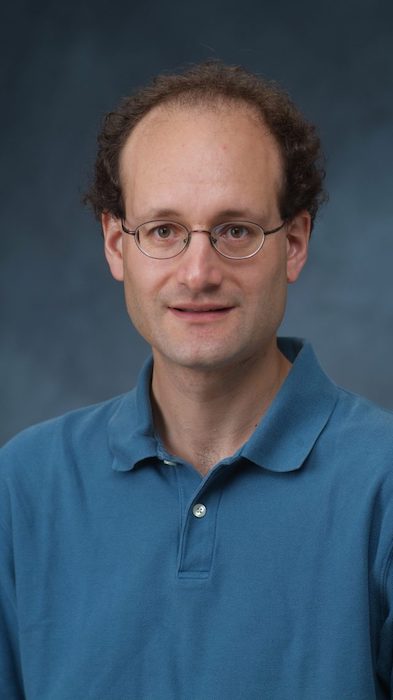 A University of Mississippi professor acclaimed for his research on modern China has been selected to receive a prestigious yearlong residential fellowship.

Joshua H. Howard, Croft associate professor of history and international studies, will conduct research at the Institute for Advanced Studies, housed at the School of Historical Studies in Princeton, New Jersey, between September 2019 and May 2020.

His topic, “New China Daily: Social Change and the Class Project in Wartime Nationalist China” is the first study of the Chinese Communist press and its relationship to social change and labor during the Second Sino-Japanese War (1937-1945) and postwar labor movement.

“I was thrilled to receive the award and very much look forward to joining a scholarly community that is international and interdisciplinary,” Howard said. “I will be learning a great deal from all the opportunities to interact with other scholars in and outside my own field of Chinese history.”

The School of Historical Studies supports scholarship in all fields of historical research and embraces a historical approach to research throughout the humanistic disciplines, from socioeconomic developments, political theory and modern international relations to the history of art, science, philosophy, music and literature.

The school concentrates primarily on Greek and Roman civilization, European history – medieval, early modern and modern – the Islamic world and East Asia. Support has been extended to the history of other regions, including Central Asia, India and Africa.

“The New China Daily published some 700 letters of workers, women and youth and numerous articles on domestic and international labor during the war that helped the Communist Party mobilize workers and shape working class consciousness,” Howard said.

“Much of the scholarship on WWII in China has focused on international relations and military history or on the Communists’ ability to mobilize peasants in rural areas. My project contributes to a ‘bottom up’ approach and social history of the Nationalist territory.”

Howard’s achievement is a testament to the international stature of his writing on modern China, said Noell Wilson, chair and associate professor in the UM Arch Dalrymple III Department of History.

“The Institute for Advanced Studies is the premier interdisciplinary research center for scholars in the world,” Wilson said. “We are thrilled to have our first faculty member ever receive one of their prestigious fellowships.

“Joshua’s publications position him as one of the most important historians working on 20th century Chinese labor.”

Howard earned his bachelor’s degree in East Asian Studies from Oberlin College and his doctorate from the University of California at Berkeley. Since 1999, he has held a joint appointment in the university’s Croft Institute for International Studies and the history department.

His forthcoming book, “Composing for the Revolution: Nie Er and China’s Sonic Nationalism” (University of Hawai’i Press), highlights the life and music of Nie Er, a key protagonist in the proletarian arts movement and composer of the Peoples Republic of China’s national anthem.

For more on the Arch Dalrymple III Department of History, visit http://history.olemiss.edu/.