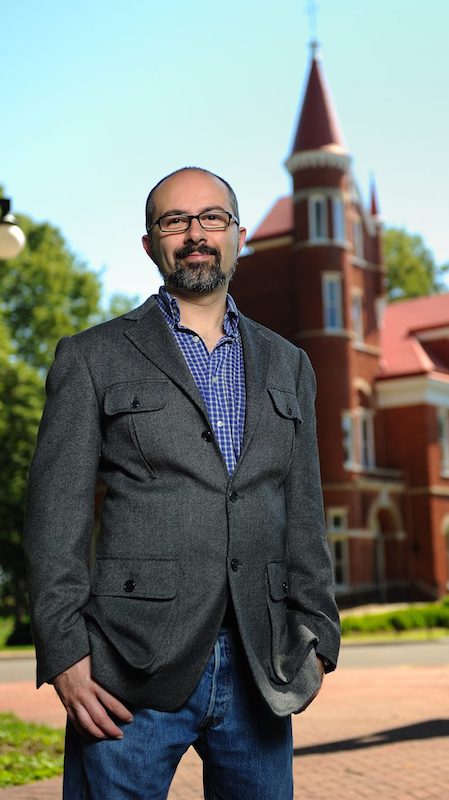 A global team of scientists, including two University of Mississippiphysicists, has found that the same instruments used in the historic discovery of gravitational waves caused by colliding black holes could help unlock the secrets of dark matter, a mysterious and as-yet-unobserved component of the universe.

The research findings by Emanuele Berti, UM associate professor of physics and astronomy, Shrobana Ghosh, a graduate student, and their colleagues appears in the September issue of Physical Review Letters, one of the most prestigious peer-reviewed academic journals in the field. “Stochastic and resolvable gravitational waves from ultralight bosons” is co-authored by fellow scientists Richard Brito, Enrico Barausse, Vitor Cardoso, Irina Dvorkin, Antoine Klein and Paolo Pani.

The nature of dark matter remains unknown, but scientists estimate that it is five times as abundant as ordinary matter throughout the universe.

“The nature of dark matter is one the greatest mysteries in physics,” Berti said. “It is remarkable that we can now do particle physics – investigate the “very small” – by looking at gravitational-wave emission from black holes, the largest and simplest objects in the universe.”

PRL is one of several publications produced by the American Physical Society and American Institute of Physics. It contains papers considered to represent significant advances in research, and therefore, published quickly in short, letter format for a broad audience of physicists.

This paper details calculations by the scientists, who work in Germany, France, Italy, Portugal and the U.S., show that gravitational-wave interferometers can be used to indirectly detect the presence of dark matter.

A companion paper by the team, “Gravitational wave searches for ultralight bosons with LIGO and LISA,” also has been accepted and will appear in Physical Review D.

Calculations show that certain types of dark matter could form giant clouds around astrophysical black holes. If ultralight scalar particles exist in nature, fast-spinning black holes would trigger the growth of such scalar “condensates” at the expense of their rotational energy, producing a cloud that rotates around the black hole, now more slowly-spinning, and emits gravitational waves, pretty much like a giant lighthouse in the sky.

“One possibility is that dark matter consists of scalar fields similar to the Higgs boson, but much lighter than neutrinos,” Pani said. “This type of dark matter is hard to study in particle accelerators, such as the Large Hadron Collider at CERN, but it may be accessible to gravitational-wave detectors.” 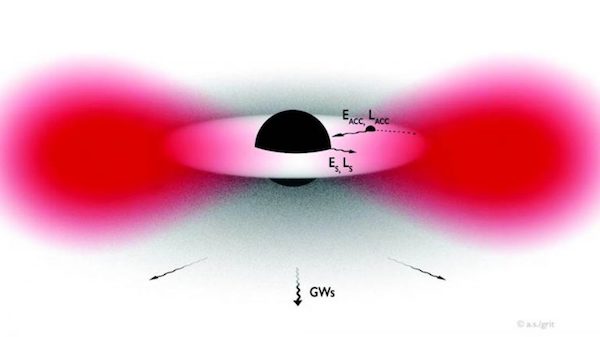 The team led by Brito studied gravitational waves emitted by the “black hole plus cloud” system. Depending on the mass of the hypothetical particles, the signal is strong enough to be detected by the Laser Interferometer Gravitational-wave Observatory, with instruments in Louisiana and Washington, and its European counterpart Virgo, as well as by the future space mission Laser Interferometer Space Antenna.

“Surprisingly, gravitational waves from sources that are too weak to be individually detectable can produce a strong stochastic background,” Brito said. “This work suggests that a careful analysis of the background in LIGO data may rule out – or detect – ultralight dark matter by gravitational-wave interferometers.

“This is a new, exciting frontier in astroparticle physics that could shed light on our understanding of the microscopic universe.”

LIGO has been offline for a few months for upgrades. The team plans to announce new, exciting results from its second observing run soon.

“Our work shows that careful analysis of stochastic gravitational waves in the data they have already taken may be used to place interesting constraints on the nature of dark matter,” Berti said.

This innovative work “confirms the high quality of the work in astroparticle physics and gravitational-wave astronomy done by members of the gravitational physics group at UM, widely recognized as one of the leaders in the field,” said Luca Bombelli, chair and professor of physics and astronomy at Ole Miss.

Keep up with the Gravitation, Astrophysics, and Theoretical Physics group by visiting https://www.phy.olemiss.edu/GR and https://www.ply.olemiss.edu/~berti/. For more information about the UM Department of Physics and Astronomy, visit https://physics.olemiss.edu/.