Willa Johnson awarded $32,000 fellowship from the U.S. Holocaust Memorial and Museum for 2013 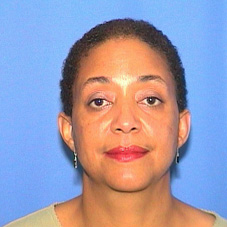 Willa Johnson, a biblical scholar and professor of sociology who teaches Jewish studies at the University of Mississippi, is blazing a trail when it comes to receiving outside grants for her research projects and public programming on issues related to Judaism.

The associate professor of sociology has been awarded the $32,000 Cummings Foundation Fellowship by the U.S. Holocaust Memorial and Museum in Washington, D.C., for research through September 2013. The UM College of Liberal Arts offered matching funds that will subsidize her travel and related expenses to Europe for final data collection during the period of her research and sabbatical.

“The title of my project is ‘The Shoah as History: A Sociological and Cultural Analysis of Human Bodily Conditions in the Artworks of Karl Schwesig,’” Johnson said. “The fellowship at the USHMM, coupled with the sabbatical, will enable me to finish writing my first book on Holocaust art.”

The award represents the culmination of several years of research and data collection that began in 2010 in Israel at Yad Vashem Martyrs’ and Heroes’ Remembrance Authority and Beit Lohamei Haghetaot, but has taken Johnson to archives, art repositories and survivors’ homes throughout the world.

“I am thrilled and humbled to have the opportunity to highlight these important artists and to write about the Holocaust from a sociological perspective,” Johnson said.

In 2011, Johnson also wrote a $22,000 grant for public programming that was awarded to the UM Critical Race Studies Group by the Association of Jewish Studies-Legacy Heritage Jewish Studies Project. The grant supports public programming at UM in 2012-2013 through a lecture series titled “Intertwining Legacies: Jews and African Americans in the Deep South.”

“The lecture series has supported six events featuring renowned scholars of Judaism and cultural history, Dr. W. David Nelson and Dr. Sander L. Gilman,” said Johnson, who is the project director. “In February, the series continues its work with a lecture by Boston Globe journalist Mr. Jonathan Kaufman, a Pulitzer Prize winner. The last event will be in April 2013 featuring a panel discussion with a World War II veteran – one of the original Tuskegee Airmen – and a New York Holocaust survivor and artist.”

Co-sponsors lending support to the lecture series include the university’s African-American Studies Program; Center for the Study of Southern Culture; College of Liberal Arts, particularly the departments of History, Philosophy and Religion, and Sociology and Anthropology, and the Sarah Isom Center for Women and Gender Studies; School of Law; Trent Lott Leadership Institute; and William Winter Institute for Racial Reconciliation.