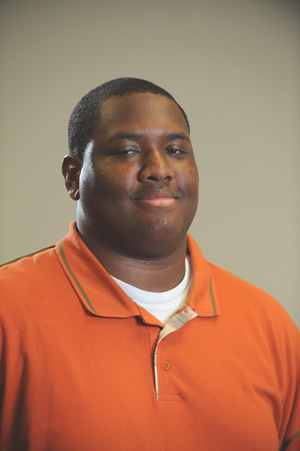 Although Caleb Herod looked at schools as far away as Missouri and Iowa, he eventually decided to stay close to home at the University of Mississippi. And after a college career that has included two Washington internships and dozens of hours of volunteer service, the Abbeville native would make that same decision again, he said.

Herod, a student in the Sally McDonnell Barksdale Honors College at the University of Mississippi, is among 3,363 candidates for degrees who graduate Saturday (May 12). He graduates with a degree in public policy leadership and a minor in mathematics.

“When I was thinking about colleges to go to, Ole Miss wasn’t on my radar, but as I started doing campus visits, Ole Miss started to stand out because everyone I met with sold me on the fact that Ole Miss could provide me with the same opportunities I would get anywhere else, plus I would have the Lott Institute and the Honors College,” he said. “I knew I wanted to get into politics and eventually go to law school, and I wanted to have a policy focus and not just study political science. I also wanted to be comfortable and have a feeling of familiarity.”

Herod is a Lott Scholar and a Luckyday Merit Scholar. He has been actively involved in campus activities, including serving as an Honors Ambassador, Associated Student Body chief of staff and an intern in the William Winter Institute for Racial Reconciliation. He also was retreat moderator and coordinator for One Mississippi. He was inducted into the Ole Miss Hall of Fame, was a member of the Chancellor’s Leadership Class and the Black Student Union. He belongs to Phi Kappa Phi and National Society of Collegiate Scholars and was president of ODK.

His volunteer service includes work with city of Oxford Downtown Safety Task Force, Habitat for Humanity and So Others Might Eat.

Herod grew up understanding the importance of education. His father, James Herod, was principal at Lafayette Elementary School in Oxford and his mother, Ann, who was a fifth-grade English teacher.

He is thankful he was able to have great professors in his time at Ole Miss, including Curtis Wilkie, Cook Chair and associate professor of journalism, and Robert Haws, former public policy leadership chair.

“I was taught by so many different people who are amazing at what they do and really care about you,” Herod said. “I enjoyed Curtis Wilkie’s class because it was great to listen to his stories about the things that he’s done throughout his life. It was around the time he was finishing writing ‘The Fall of the House of Zeus’ and so I look back at that and think, wow, I was right there when he was putting the finishing touches on it.”

John Samonds, SMBHC associate dean, said Herod has been a terrific member of the Honors College and the university community these past four years.

“Through his work with One Mississippi and the William Winter Institute for Racial Reconciliation, he has epitomized what it means to be a citizen-scholar,” Samonds said. “He is also just a great guy with a terrific sense of humor. We are proud of what he has accomplished and anticipate celebrating his future successes.”

Last summer, Herod was able to put his political knowledge to the test during two internships in Washington, D.C., with the Department of Defense and with U.S. Sen. Thad Cochran’s office.

“I was able to go with people who were testifying in front of the House Arms Committee and it was a great opportunity to think on my feet, apply my knowledge and contribute to the conversation,” Herod said. “It cemented in my mind that I wanted to do this in the future.”

William Gottshall, executive director of the Lott Leadership Institute, was especially proud of Herod’s internship at the Department of Defense.

“What a surprise when at an event in Washington, D.C., when I was accompanying Sen. (Roger) Wicker to a hearing for the new Chief of Staff for the Army, to look in the audience and see Caleb with the group from DOD,” Gottshall said. “I was proud to introduce him to Sen. Wicker as a Lott Scholar. In addition to Caleb being an exceptional student he has become a good friend, and friends like to see friends succeed.”

After graduation, Herod is joining Teach for America for two years to teach students in the Mississippi Delta, with plans for law school after that.

When he graduates, he will tie the record for most hours in the honors program, so he knows how to utilize his time wisely. His advice for other Ole Miss students is to make sure they work hard.

“Take classes that are fun, but also challenging, and study as if you are going to fail,” Herod said. “It’s like working out; you need to build muscles you never knew you had.”

For more information on programs in the Sally McDonnell Barksdale Honors College, go to http://www.honors.olemiss.edu/.