FEBRUARY 1, 2018 By HADLEY HITSON for The Daily Mississippian 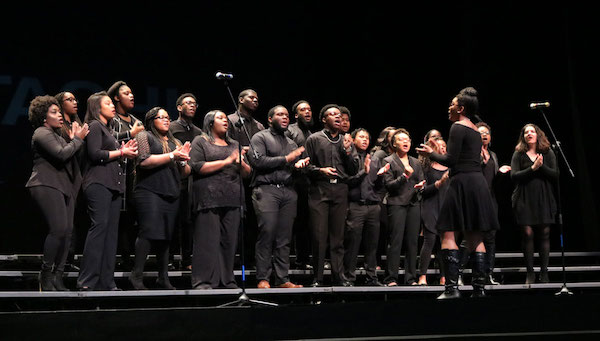 Every February, the University of Mississippi unites to honor the past and celebrate the progress of black Americans in recognition of Black History Month. The month of balancing joyous festivity with deliberate awareness began with the Opening Ceremony in Fulton Chapel on Thursday evening.

Two selections from the Grammy-nominated UM Gospel Choir kicked off the event, leading the audience in rhythmic clapping and celebratory song.

In his brief welcoming, Chancellor Jeffrey Vitter said, “Throughout February and early March, we are going to have many opportunities to reflect upon the tremendous value of diversity in our culture.”

Terrence Johnson, senior journalism major and president of the Men of Excellence, then took the stage to speak on the importance of celebrating Black History Month.

“Black history did not begin with slavery, and it is still happening,” Johnson said.

Johnson emphasized the fact that history includes all people of all races, genders and sexualities.

“When we say that we are rooting for everyone black, we need to also understand that that includes black men and women who are part of the LGBT+ community,” he said. 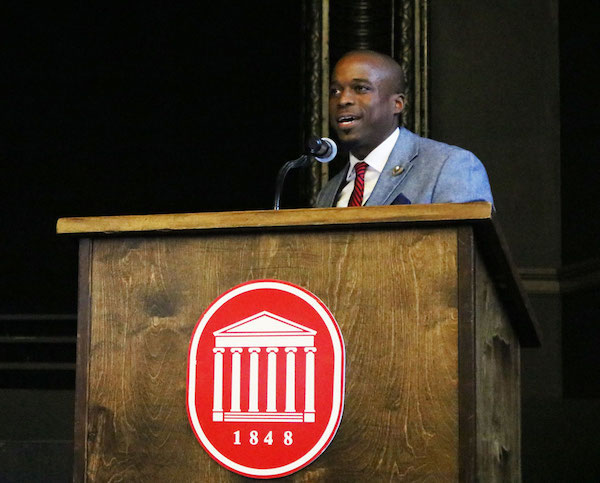 Brian Foster, the keynote speaker and an assistant professor of sociology and Southern Studies, reinforced the significance of unity in his speech.

Foster began by flashing weathered photos of his family reunions on the screen. In one, he is sitting with all of his extended family at his mother’s house in July. In another, family members are dancing and eating spaghetti and catfish.

He told the audience about his mother’s most common phrases from when he was a child at these familial gatherings, expressions like “Don’t y’all be running in and out of the house lettin’ that good air out” and “Y’all better fix your face before I fix it for you.” These filled the audience with laughter.

After telling these stories, Foster pointed out that his family still has those same gatherings and his mother still repeats those same phrases to him and his brothers.

This phrase became his mantra throughout the speech, repeated over and over again with new connotations each time.

Foster spoke about July 13, 2013: the day George Zimmerman, the police officer who shot and killed Trayvon Martin, was deemed not guilty. He told the story of Harriet Tubman and how she was once beaten for her attempt to take a lump of sugar from her mistress’s house. He spoke of James Baldwin and his writing on the complexities of racial distinction.

Following each of these tales of important black historical figures, Foster repeated his theme: “Some things never change.”

Charles L. Hussey, College of Liberal Arts associate dean for research and graduate education and a professor of chemistry and biochemistry

Foster enforced his point by pointing out problems that have existed for decades, including the vast incarceration gap between black and white people, the segregation in public schools that occurs because of socioeconomic disparities and the difference in test scores along racial lines. He noted that there are many issues that still need resolution. 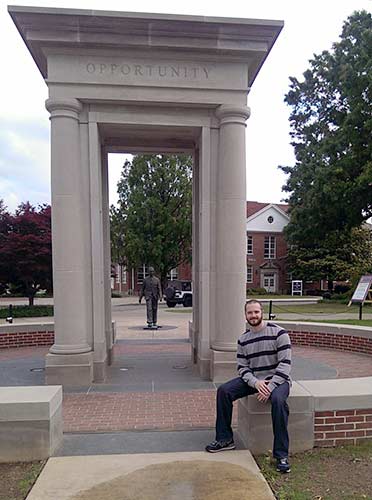 Foster ended his speech with positivity. He discussed all of the success black people have earned and all of the obstacles overcome.

“We have always been a people of seekers and makers and doers,” Foster said. “Some things never change.”

Following the audience’s standing ovation for Foster, Donald Cole, assistant provost and an associate professor of mathematics, presented the Lift Every Voice Award, which recognizes those who actively contribute to the betterment of relationships at Ole Miss.

Diversity and unity were the themes of the Black History Month Opening Ceremony, and as Terrence Johnson said, “Black history is national history. February is just the memo.”