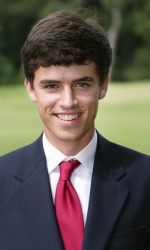 University of Mississippi junior Forrest Gamble was named the SEC Scholar Athlete of the Year by the men’s golf coaches, the league office announced Thursday.

Gamble, a Birmingham, Alabama native, holds a perfect 4.0 GPA in physics with a minor in mathematics and plans to attend medical school after graduation. He has been named to the Chancellor’s and SEC Academic Honor Rolls and is also a member of Phi Kappa Phi and Omnicron Delta Kappa honor societies. Gamble was inducted into the Who’s Who Among Students in American Universities & Colleges and participated in the Chancellor’s Leadership class. 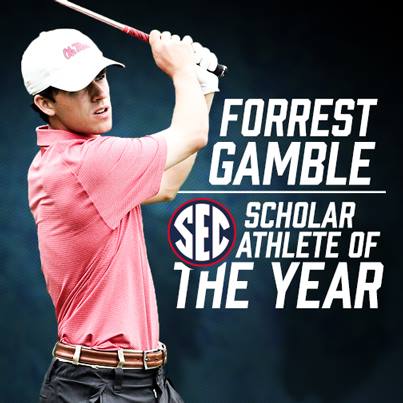 The junior posted his best tournament of the season at the SEC Championships where he fired a 71-66-71–208 to finish in a tie for 11th at Sea Island, Georgia. He finished the season third on the team with a 73.2 stroke average and posted two top-25 finishes.

Gamble was also named to the SEC Community Service team for his work in the community, which included assisting with Ole Miss’ `Books and Bears’ program to collect toys and books for children during the holiday season, visiting with seniors at local assisted-living facility and collecting donations for tornado victims and assisting with local cleanup efforts in Columbia, Mississippi.

Gamble and the Rebels are currently ranked No. 47 in the latest Golf Stat team ranking and will receive a bid to the NCAA Championships when regional pairings are announced Monday, which will be televised on the Golf Channel at 9 a.m.