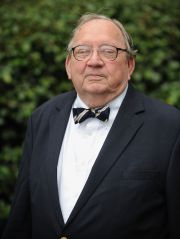 A recent gift from two University of Mississippi donors will provide scholarship opportunities for future secondary education majors while honoring Professor Emeritus Harry P. Owens, who taught history at the university for more than 35 years.

The Dr. Harry P. Owens Secondary Education Opportunity Scholarship Endowment was created with a $25,000 commitment from Bill and Ginny Street of Alabaster, Alabama.

Bill Street, a senior vice president at ServisFirst Bank, started his post-college career as a social studies teacher in DeSoto County in 1978 after receiving an undergraduate degree in secondary education from Ole Miss.

“The thing that I got from Harry was learning how to listen,” Street explained. “Even if someone is on a different side (of the aisle) than you, you should hear what they have to say because you might learn something useful. I credit him with my ability to do that.”

Street was a nontraditional college student. After initially losing interest in his studies at UM in 1969, he left the university to serve in the U.S. Navy, where he became a submarine petty officer. After being discharged in 1975, he returned to the university with two new things: a new resolve for his studies and tuition money from the G.I. Bill.

During this time, he was highly influenced by the Civil War historian. Street and the professor just “clicked” and they bonded over their extensive interest and knowledge of Civil War history. The professor became a mentor for the sailor-turned-teacher.

Owens and his wife, MaryLou, still live in Oxford, and the professor recently visited with the Streets and UM School of Education leadership after the gift was finalized.

“Bill doing this in my name is a most gracious thing,” Owens said. “This reinforces the idea that teachers count.” 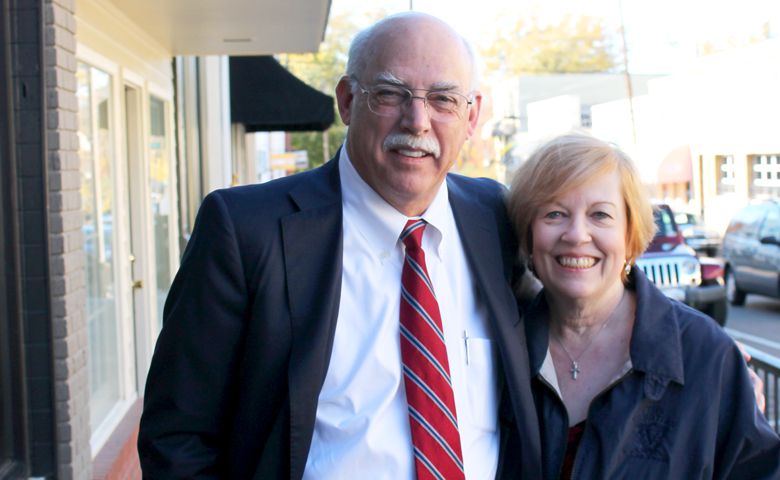 After college, Street took a teaching and coaching job in Horn Lake, where he was named the school’s Star Teacher after his very first year in the classroom. Although no longer a student, he kept in touch with his favorite professor. The two men often conversed via phone or would meet up with the Streets when they returned to the Oxford campus for athletics events.

To the Streets, this scholarship is also a way for the couple to help students who struggle with the tuition demands of pursuing college degrees. Without the G.I Bill’s assistance, Bill Street said would not have been able to afford his education at UM.

A needs-based scholarship, the Owens Scholarship assists recipients with their tuition costs after they are selected by the UM School of Education Scholarship Committee. The scholarship is directed to UM students majoring in secondary education.

“Harry had a profound impact on me and we want to put his name on this (scholarship),” Bill Street said. “We want to give someone an opportunity that they might not get otherwise. That’s what this is all about.”

To make gifts to the Owens Secondary Education Opportunity Scholarship Endowment, individuals and organizations can mail checks with the endowment’s name noted in the memo line to the University of Mississippi Foundation, 406 University Ave., Oxford, MS 38655. Also gifts can be made by contacting Bill Crews, development officer for the School of Education, at wlcrews@olemiss.edu or 662-915-2836; or by visiting www.umfoundation.com/makeagift.