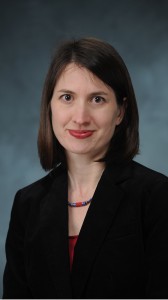 Anne Quinney, a University of Mississippi professor of modern languages, has been selected as one of 70 Harry Ransom Center research fellows for the 2015-2016 academic year.

The Ransom Center, housed at the University of Texas at Austin, is a humanities research library and museum. During the fellowship, researchers will work on projects using the Ransom Center’s collection of manuscripts, books, photography, art and performing arts materials.

“They had a unique friendship that developed over 15 years of correspondence, which The Ransom Centers now owns,” Quinney said. “Reading the letters between Camus and Blanche revealed to me the extent to which she controlled which works of Camus’ were translated, how he was marketed to the American public, and ultimately she was responsible, through her aggressive publicity efforts, for his winning the Nobel Prize. No one has really yet written about this aspect of Camus’ life or, in general, about the history of the reception of his work in this country.”

Quinney completed her fellowship this summer and will write about her findings during her sabbatical in Paris in the upcoming academic year.

“For all of her career, Anne Quinney has demonstrated through her work that she belongs to an elite group of researchers in her field of French literature,” said Donald Dyer, UM chair of modern languages. “Her selection this summer as a Harry Ransom Center Research Fellow is testament to her scholarship, and we in the Department of Modern Languages and the University of Mississippi community are extremely proud of this recognition.”