Founder of Georgetown Memory Project to Speak at UM 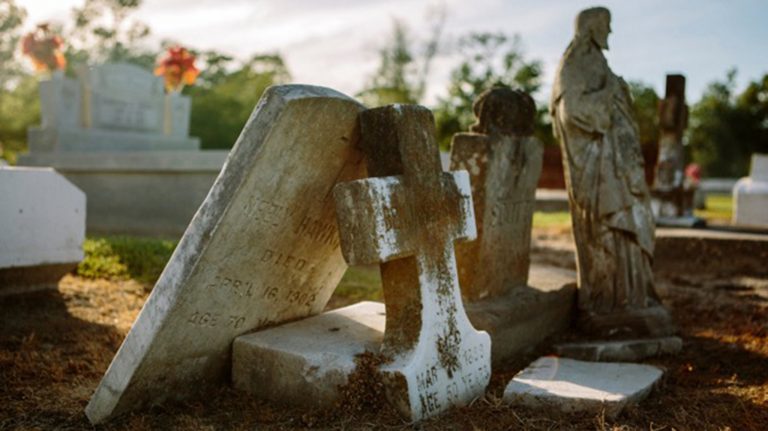 The tombstone of GU272 member Cornelius Hawkins (born 1825, died 1902) is in the Immaculate Heart of Mary Cemetery in Maringouin, Louisiana. Richard Cellini, founder of the Georgetown Memory Project, will discuss his work to track down GU272 members at 4 p.m. Monday in Barnard Observatory. Submitted photo

Richard Cellini, founder of the Georgetown Memory Project, will speak Monday (Sept. 18) at the University of Mississippi about how he helped identify descendants of slaves at Georgetown University.

The event, set for 4-5 p.m. in the Tupelo Room of Barnard Observatory, is free and open to the public. A question-and-answer session will follow the presentation.

Cellini, a Georgetown alumnus, learned that in 1838, the university sold 272 slaves to plantations in Louisiana to pay off university debts. A computer scientist, Cellini wanted to use data to find out where these people and their descendants went. He, along with other Georgetown alumni, located 212 of the original GU272 members, along with more than 5,200 of their direct descendants.

“Richard’s research of the Georgetown slaves has facilitated a much-needed discussion regarding the specific benefactors of this long-standing institution in America,” said Chuck Ross, co-chair of the UM Slavery Research Group. “We continue to discuss the need for frank dialogue around race relations in this country; this project is another example of that need.”

Cellini will discuss the Georgetown Memory Project, the group’s history, ongoing work with descendants and the relationship with Georgetown University. The work has sparked national interest.

Upon discovery of the descendants, Georgetown offered legacy admission. Melisande Short-Colomb is one of those descendants who has enrolled this fall as a freshman at Georgetown, according to the Washington Post. At 63, she is the university’s oldest undergraduate.

The event is sponsored by the UM Slavery Research Group, with support from the Office of the Provost and the College of Liberal Arts. The group invited Cellini to campus because its members are interested in discovery slavery history at UM.

“The Georgetown Memory project is a terrific example of how learning more about slavery in our nation’s past can propel us forward as a society,” co-chair Jeffrey Jackson said. “It’s a great opportunity for those of us here at UM to learn more about the Georgetown University story that has captured the attention of the nation.”

The Slavery Research Group has collaborated with University Museums and the Center for Archaeological Research to conduct archaeological research at Rowan Oak to better understand the lives of enslaved workers who lived on the estate during the pre-Faulkner antebellum period. The interdisciplinary group also is working on other research and community events.