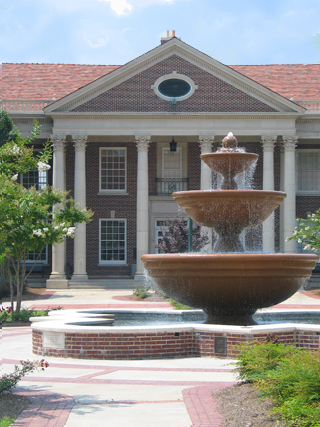 The University of Mississippi community will honor revered English professor, author and civil rights activist Evans Harrington on Friday (March 22) for his life’s work during the 20th annual Oxford Conference for the Book.

The event, set for 10 a.m. in the University Library’s Department of Archives and Special Collections, is free and open to the public. It will feature remarks from Harrington’s former students and colleagues, including Robert Hamblin, professor of English and director of the Center for Faulkner Studies at Southeast Missouri State University, and Richard Howorth, owner of Square Books in Oxford.

“I’d like to speak on behalf of his many students over the years,” said Howorth, who took five courses under Harrington as a UM student and continued a friendship with the professor. “He had great influence on a number of students, people who are writers and teachers but also people who are in all walks of life. He was the sort of teacher who made you want to work hard.”

Harrington, who passed away in 1997, arrived at UM as a graduate student in 1950 and served as a longtime professor and chair of the English department. He was integral in establishing the university’s Writer-in-Residence program, inviting Barry Hannah and Ellen Douglas to teach on campus, and co-founded the Faulkner and Yoknapatawpha Conference, now in its 39th year.

In 1965, Harrington and Gerald Walton, then-assistant professor of English, orchestrated the integration of the Southern Literary Festival, hosted that year on the UM campus, by a group from Tougaloo College. Despite threats of cancellation, the festival was desegregated, although the Tougaloo group left early due to a racial incident.

Hamblin, who was working on his doctorate degree at UM that year, will speak about Harrington’s involvement in the festival’s integration, the subject of an essay that won Hamblin a Best Article award from the Journal of Mississippi History.

“Evans Harrington was a political activist at a very historical and significant time in Mississippi,” Hamblin said. “I’m going to talk about his role, which I find heroic, in pushing integration forward. I’m going to give background information – a behind-the-scenes view – about what was going on to make the festival a possibility.”

Harrington authored numerous short stories, reviews and essays, as well as four books, three of which were published under the pseudonym Gilbert Terrell. A handwritten page from “The Prisoners,” the only novel published under Harrington’s name, is on display in the Archives and Special Collections. The exhibit also contains several books from Harrington’s personal collection, signed by authors including Larry Brown, Barry Hannah and James Seay, as well as correspondence from literary figures such as Eudora Welty, Donna Tartt and Willie Morris. The exhibit pays homage to Harrington’s popular fiction, his impact on the academic community and various other works.

“It’s apropos (to hold the event now), because Dr. Harrington had such an effect on those that he taught and worked with that it was time to honor him,” said Jennifer Ford, head of Archives and Special Collections. “We’re hoping that former students will come and people interested in the literary culture of Mississippi will come hear about how one professor can affect so many people.”

The remembrance is hosted by the departments of English and Archives and Special Collections. Get more information about events related to the Oxford Conference for the Book.