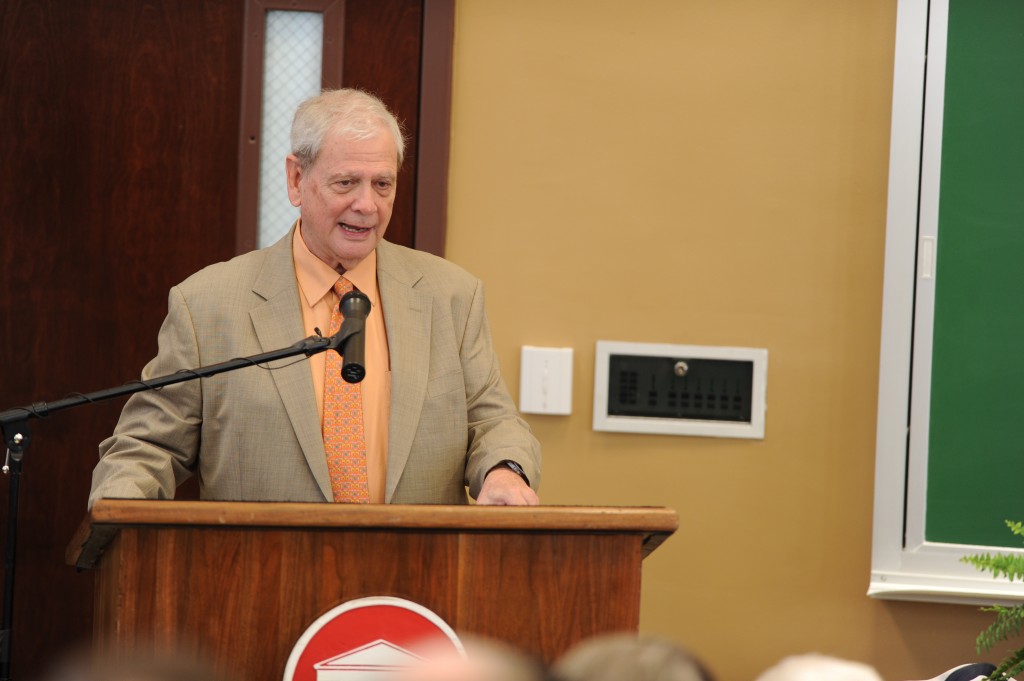 Robert Bynum Albritton II, chair and professor emeritus of political science, is being fondly remembered by his University of Mississippi colleagues as a visionary leader, loyal mentor and respected teacher.

Albritton, 78, passed Sept. 9 at his home in Oxford. A memorial service will be held later in Andalusia, Alabama. Coleman Funeral Home was in charge of local arrangements. Memorials may be made to St. Jude Children’s Research Hospital, P.O. Box 1000, Dept. 142, Memphis, Tennessee 38101-9908 or Oxford-Lafayette Humane Society, P.O. Box 1674, Oxford, MS 38655.

“We will miss Bob as a colleague and a friend,” said Rich Forgette, senior associate dean of UM’s liliCollege of Liberal Arts and professor of political science. “Bob had far-reaching academic interests: state and local politics, democratic theory and Thailand. He was an active scholar who loved to discuss research with colleagues.”

“Bob was, in many ways, the ultimate Renaissance guy,” Bruce said. “He would carry on informed conversations about a huge range of topics. The Department of Political Science and the University of Mississippi are better for the time he spent here.”

Robert Brown, a former student of Albritton’s at Northern Illinois University who recruited his mentor to join the UM faculty as department chair, said Albritton was “everything an academic should aspire to be.”

“He was energized by the give and take of academic debate and was a thoughtful researcher who addressed important questions,” said Brown, a UM political science professor. “Bob was a lifetime learner who never tired of tackling new ideas and lines of inquiry. And he was a caring and energetic mentor and teacher who had a profound impact on the lives of his students.

“Those of us who are lucky enough to do this wonderful job should look to Bob Albritton as a role model of how to be a university professor.”

A native of Andalusia, Albritton earned his master’s and doctoral degrees from Northwestern University and his bachelor’s degree from the University of Alabama. He moved to Oxford in 1998, serving as professor and chair of the Department of Political Science until 2003, when he left his administrative role to concentrate on teaching. He also chaired the university’s Faculty Senate in 2011-2012 before retiring in spring 2012.

He co-edited one book and co-authored more than 30 journal articles, textbook chapters and countless conference papers.

Having played football, Albritton was an avid football fan. He was also an animal lover who often volunteered at the animal shelter as a “paw-walker.”

He is survived by his wife, Nantaporn Apasiripol of Oxford; a son, Robert Bynum Albritton III of Herndon, Virginia; a daughter, Phyllis Mary-Anne Albritton of Evergreen, Colorado; a brother, William Leonard Albritton of Saskatoon, Canada; and three grandchildren.

Online condolences may be left on the Tribute Wall at http://www.colemanfuneralhome.com/obituaries/Robert-Albritton/#!/Obituary.