Foodways Studies Come of Age as a Respected Discipline

Work at UM Center for the Study of Southern Culture includes conferences, books and films 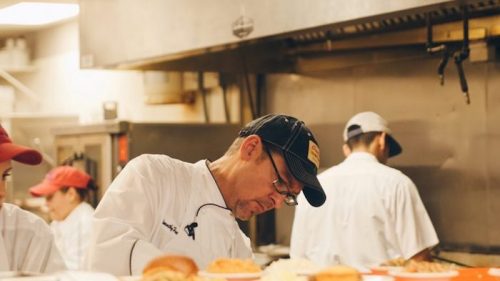 In the conclusion of “The Larder: Food Studies Methods from the American South,” co-editor Ted Ownby writes that it seems likely it will be the last collection of food studies scholarship that must justify the field of study.

John T. Edge, director of the Southern Foodways Alliance at the University of Mississippi, agrees with that assessment.

“I think foodways studies has reached a point of maturation,” Edge said. “There’s a broadening of the field of food studies, which was, at first, often primarily concerned with food system problems.

“Contemporary foodways scholarship defines food as a product of various interwoven cultural processes. The question we’re asking today is, ‘What direction will those linked fields take?’ For the SFA, our investment in those fields has grown more multifaceted each year.”

The hiring of Catarina Passidomo in 2014 as the first UM faculty member specifically teaching foodways classes is part of that investment.

“Studying foodways offers insight into everyday life, ritual, social interactions and other cultural phenomena,” Passidomo wrote in the syllabus for her class, SST 555: The South in Food. “By studying food – and eating and agriculture – as systems, we can also gain insight into broader patterns of power, identity formation and maintenance, and the meaning and importance of particular places.

“By placing the study of foodways within the context of ‘the South,’ we can better understand – and, perhaps, complicate – what, if anything, makes that place unique.“

Another place to see what is happening in the field of foodways is the SFA Graduate Student Conference, which takes place for the fifth year this fall. The conference is one of the most eagerly anticipated dates on the SFA calendar, Edge said.

“It’s a great example of the ways in which we contribute to the careers to these young scholars and also benefit from their presence in our midst,” he said. “A range of senior scholars who have come to speak at that event, people like Krishnendu Ray from NYU and Bart Elmore, now at the Ohio State University, have proven generous thinkers and mentors who see the same promise in the field and see the same promise in these young academics, many of whom are exploring identity through food culture.”

At the 2017 conference, which focused on foodways and social justice and was co-hosted by the Department of Sociology and Anthropology, Bobby J. Smith II, a PhD candidate in the Department of Development Sociology at Cornell University, presented a paper on “Disrupting Food Access: The White Citizens’ Council and the Politics of Food in the Mississippi Civil Rights Movement.”

Smith spoke of food as a weapon, studying the food blockades during the civil rights movement and the ways that the White Citizens’ Council withheld food from black citizens of the Delta. After the conference, the SFA published an excerpt from that paper in Gravy, its quarterly journal.

Ava Lowrey, the Pihakis Foodways Documentary Filmmaker, uses film to share untold food stories centered in the South. In 2017, she produced films on a Greek restaurateur in Birmingham and on the fish camps of the Carolinas, which long served families who worked the region’s cotton mills.

Last spring she taught a Food and Film course, and this spring taught an advanced documentary production course, in addition to working with emerging filmmakers as interns and workshop attendees.

“The teaching parts of my job are the parts that I feel the most overwhelming pride in,” Lowrey said. “I love seeing the projects the students come up with and the discussions that we have in classes.”

The SFA also curates a scholarly book series, the Southern Foodways Alliance Studies in Culture, People, and Place, published by the University of Georgia press.

For the series, SFA will publish two books this year, including “Catfish Dream: Ed Scott’s Fight for his Family Farm and Racial Justice in the Mississippi Delta,” by Julian Rankin, who wrote that book, in part, book at a Rivendell Writers Workshop fellowship that the SFA funded. Edge, Sara Camp Milam, and Brett Anderson, who serves on the editorial board for the series, all worked with Rankin to develop and polish the manuscript.

“Catfish Dream” is the story of Ed Scott, the first African-American catfish farmer. His life story, framed by Rankin, showcases the vitality of the field and its dynamic relationship to Southern studies. This book makes clear, too, how SFA’s long-term investments in young scholars is paying dividends.

One of the Southern studies graduates who influenced the field of foodways is Georgeanna Milam Chapman, who wrote her master’s thesis about food journalist Craig Claiborne.

“The discovery and research that she did on Claiborne’s life led to a broader understanding of his life and work,” Edge said. “She framed him in a new way as a Southerner, rebelling against the social strictures of the Delta.”

During a session on foodways at the 2018 Oxford Conference for the Book in March, Edge, author of “The Potlikker Papers,” and Jonathan Kauffman, author of “Hippie Food: How Back-to-the-Landers, Longhairs, and Revolutionaries Changed the Way We Eat,” discussed their works.

“Kauffman’s book is another example of dynamic scholarship that reappraises a moment in American history often overlooked,” Edge said “He frames the so-called hippie food movement as a radical rethinking of the food supply and makes clear how and why so-called hippie food has gone mainstream.”

Through teaching, studying, writing, publishing, sharing and storytelling, the field of food studies fits in seamlessly with Southern studies and its interdisciplinary approach.

This summer, the SFA turned an eye to the food and literature citadel of Lexington, Kentucky. On June 21-23, the Summer Symposium explored the diverse city at the heart of the bluegrass region and on the cusp of Appalachia.

Through lectures, oral history presentations, documentary films, tastings and experiences, the SFA framed Kentucky in the regional food conversation, continuing to tell stories about the South by giving voice to farmers, cooks and writers.