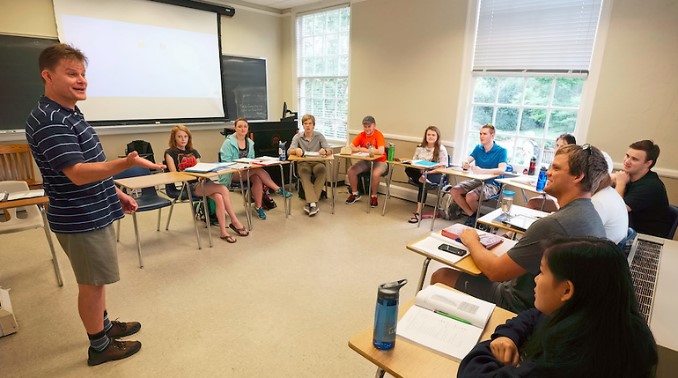 In its first year as an Arabic Language Flagship Program, the University of Mississippi has achieved a 100 percent acceptance rate for the program’s prestigious capstone year.

Ole Miss seniors Cynthia Bauer, of Albuquerque, New Mexico; Lauren Burns, of Gulfport; John Chappell, of Albuquerque; Paul Hunt, of Madison, Alabama; and Lauren Newman, of Ocean Springs, were accepted into capstone. Of seven participating schools, UM is the only one to have all its students accepted.

Capstone is designed to increase daily proficiency in crucial languages and understanding of cultures. Many participants will use Arabic languages in their professions upon graduation.

“These students will spend an entire year abroad and come back, hopefully, extremely enthused and completely prepared to spread and apply their knowledge in their chosen career field,” Clark said.

“The capstone program is designed to train students to achieve superior – or native-like – language proficiency,” said Sydney Green, program coordinator. “Students will now have the opportunity to take their language accomplishments to another level and step into any career using Arabic full time.”

Students spend a year studying in Morocco, learning Arabic dialects and listening skills. Each student is paired with an academic partner, who is a native speaker and takes the same courses. Participants also may engage in a community service project, with the approval of program directors.

Besides the students accepted into capstone, Isabel Spafford, a sophomore from Albuquerque, will participate in the Arabic Overseas Flagship summer program. She will travel to Morocco for a summer of immersive Arabic language and culture studies.

“I’ll be living with a host family in Morocco and studying Modern Standard Arabic along with Moroccan dialects,” Spafford said. “I’m not sure what to expect, and I’m sure it will be different once I get there and once I start living it day-to-day.”

Spafford, who is majoring in Arabic and international studies, will depart in early June, spending two days in Washington, D.C., for a pre-departure orientation, before traveling on to Morocco to start the program. The trip will be partially funded by the Flagship program and by the Ole Miss Arabic Language program, with Spafford being responsible for covering any additional expenses.

Though the program is in its first year with Flagship status, Green is confident this is just the beginning.

“UM is paving its way for recognition as one of the best Arabic programs in the United States,” Green said. “This status will soon be proven through the successes of the students.”