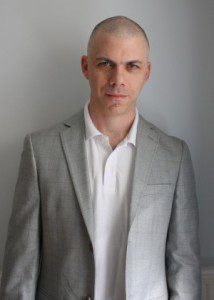 The First Tuesdays in Bryant Hall Noontime Music Series has, to date, featured music for piano and for clarinet and piano; cello, flute and voice are slated for upcoming performances. But this Tuesday (Nov. 5), Michael Gardiner will perform on something a little different: his laptop.

Gardiner, associate professor of music theory at the University of Mississippi, will perform ambient music. Although it seems – and sounds – like a different animal than more traditional forms of music, it has a lot in common with better-known genres.

“Just like a jazz musician practices chord changes and licks, and then rearranges them to form a unique piece of music, I create software and coding templates to rearrange and improvise with,” Gardiner said.

In performance, Gardiner will use these templates to create sound textures and then cut between the textures, almost like creating a filmic montage.

“With an orchestra, the instruments can shift to create a new sound, but you’re bound to the possibilities created by that specific set of instruments,” he said. “Electronics gives you an almost infinite variety of sound, allowing you to more radically transform the sonic texture.

“Many people think that electronic music is just about the different sounds, but it’s also about the form you create with the different textures and how you choose to layer or move from one to another.”

A music theorist, Gardiner is the author of “Hildegard von Bingen’s Ordo Virtutum: A Musical and Metaphysical Analysis” (Routledge), published earlier this year. He approaches music theory and the discipline of analysis as a set of design problems and solutions, and these ideas about the structure and method of music composition shape his improvisational approach to creating electronic music.

The First Tuesdays in Bryant Hall Noontime Music Series is produced by the UM Department of Music, and offers free music from 12:15 to 1 p.m. in Bryant Hall, on the Circle next to Fulton Chapel.