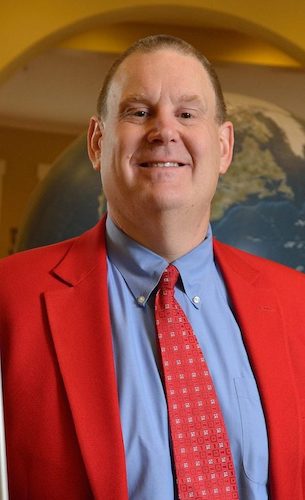 A professor of philosophy at the University of Mississippi, Neil Manson received the 2021 Cora Lee Graham Award for Outstanding Teaching of Freshmen for the College of Liberal Arts.

Briefly describe your teaching philosophy/work.  What should people know about it?

Let’s face it: not everyone finds philosophy fascinating. [You try teaching the ontological argument sometime.] My goal when I teach a course is to reach two audiences simultaneously: those interested in the topic and those not so interested in it. I want to convey enough substance in a clear enough way to spark the minds of the first kind of student, but I also want to make the material relatable to the second kind of student. In my lectures, in my prepared notes, and in my textbook I try to use clear examples and vivid stories. I want students to see the discussion as an opportunity to think critically about something, whether or not they are highly interested in the topic itself. Although memories of the material can fade, I hope the critical thinking skills last.

My “area of specialization” is philosophy of religion. I fell into the topic as a result of my dissertation on the fine-tuning argument—an argument from discoveries in modern physics and cosmology to the existence of God. That led to postdoctoral fellowships in philosophy of religion, and from there I got hired as philosopher of religion. I have been teaching the course “Philosophy of Religion” from my first arrival here. At the 100 level I teach “Introduction to Philosophy” and “Logic: Critical Thinking.” At the 300 level and above I teach “Symbolic Logic,” “Environmental Ethics,” “Biomedical Ethics,” “Philosophy of Science,” and “Science and Religion.” I have to say that logic is my favorite topic to teach. I am more confident that the majority of students are getting something of lasting value when they study Logic than when they study anything else. 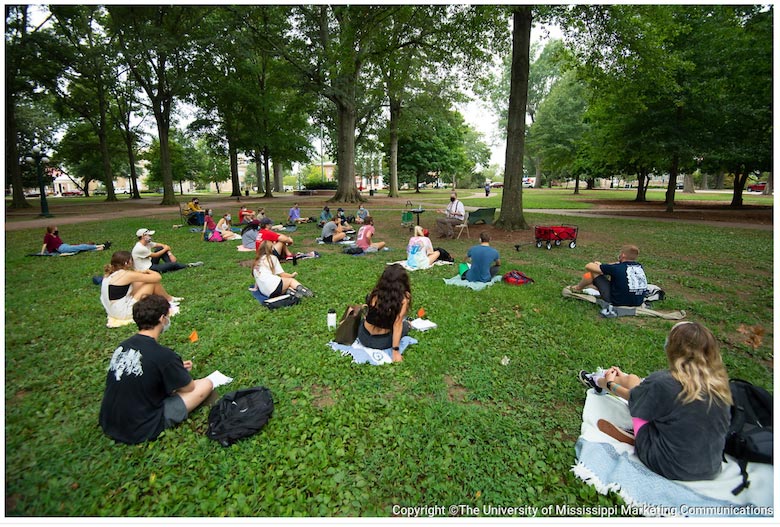 In reflecting on your time as a professor, what are the highlights?

For about ten years now I have taught Study USA classes during the January Intersession. All small group of students gets a one-week crash course in Environmental Ethics or Biomedical Ethics here in Oxford, then spends a week in Washington, D.C. meeting with subject-area experts, policy analysts, advocates, and governmental staffers. I have learned so much from leading those trips. 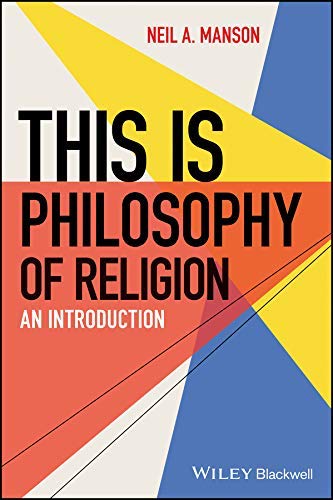 This Is Philosophy of Religion: An Introduction by Neil Manson was published by Wiley Blackwell in 2021.

Are there specific examples of support—fellowships, mentoring, other—that helped advance your academic and professional goals?

Once I finished my dissertation, I got two consecutive postdoctoral fellowship in philosophy of religion: the University of Aberdeen in Scotland, then Notre Dame. Those really helped start my career. I am also indebted to my dissertation adviser, Peter van Inwagen. He was a tremendous influence on my thinking and he really supported me when I first started looking for a job.

What do you hope students take away from your classes?

Sometimes a former student will reach out to me years after they graduate to tell me what effect my class had on them, to update me on their life, to ask for a letter of recommendation, or to seek career or personal advice. This really means a lot to me. Several years ago I started putting an acronym on the whiteboard during final exams: PPFL. I tell them that now that they’ve finished their course with me, I’m their Philosophy Professor For Life. They can always look me up and I will do the best I can to help. Those interactions are the most gratifying part of being a college professor.

Do you have advice or thoughts to share with students?

Spend at least as much time outside of class studying for a course as you spend in the classroom. It’s such a simple point, but many students grasp it too late or not at all.