Ensuring Justice for All 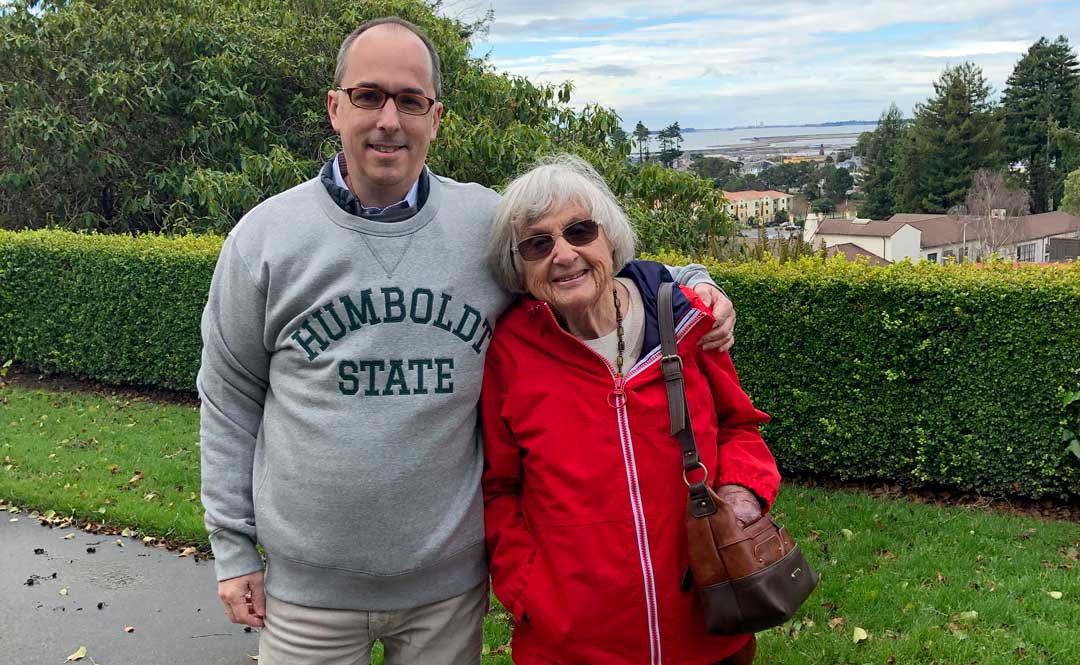 Tucker Carrington and Sara Turner visit the Humboldt State University campus in Arcata, California. Below are Sara Turner as a senior at Ole Miss and scholarship recipient Terrence Hunter. 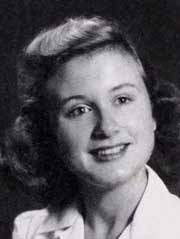 From the vantage point of her 94 years, Sara Myers Turner, a member of the University of Mississippi Class of 1947, witnessed much of our state and nation’s history unfold, some of it troubling, especially when it came to ensuring the civil and legal rights of all citizens.

But it’s a brighter, more just and legally equitable future that this Hattiesburg, Mississippi, native is focused on today.

The fund provides crucial financial support to law students working in the public interest, primarily for legal service providers who offer free or low-cost legal services to the community. Without financial support, not only would law students be unable to gain real-world experience as they work to benefit deserving clients, but the clients themselves, in some instances, would be unable to access necessary legal aid – everything from protecting their rights as tenants to assisting those accused of crimes.

“My hope is that the Public Interest Law Support Fund creates more opportunities for our law students to work on behalf of people who can’t afford to pay for the legal services they need,” Sara Turner said. 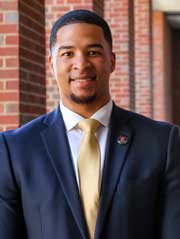 The funding was essential for Terrence Hunter, a 2020 UM Law School graduate, to gain on-the-job legal training when he was a student. That experience contributed to opening up career opportunities after obtaining his Juris Doctor degree.

“This fund allowed me to intern for the premier racial justice organization in the country: the NAACP Legal Defense and Educational Fund in New York City,” said Hunter, originally from Natchez, Mississippi. “Without this fund, my experience in New York would not have been as fulfilling, and had I spent my summer and time there worrying about whether I could afford the costs, I don’t know that I would have received nearly the benefit of such an experience.”

After his summer in New York, Hunter returned home, graduated and is now based in Clarksdale, Mississippi, where he serves as the Mississippi Delta Fellow for the Delta Directions Consortium. He devotes his time and energy to increasing awareness about food and health policy and economic development in the Mississippi Delta.

“This fund makes it much easier, financially, for students who want to pursue social justice careers,” Hunter said. “The burden of having to work a summer job without pay can be enormous for many law students, especially law students of color and first-generation students – simply due to economic and other social disparities.”

Because of the Public Interest Law Support Fund, students such as Hunter gain a unique experiential learning opportunity, said Tucker Carrington, the director of the George C. Cochran Innocence Project and associate professor at the UM Law School.

“I’m confident that thanks to Sara’s gift, we now have a very robust funding source for students interested in public interest law, one that is equal to or surpasses those of our peer schools,” Carrington said. “As a result, we have been able to turn our location in an underprivileged and underserved area of the country into a positive and at the same time distinguish our law school from many others in the region and nationally.

“For our law students, the Support Fund has been transformative. Previously, many of our law school students who wanted to work at, say, a public defender’s office, simply could not make that work as a financial matter. But now we have a well-funded, sustainable program in place to help these students. Sara and her late husband’s generosity will not only inure to the benefit of our students but also will pay forward dividends for generations to come.”

Law students who can see for themselves how a fairer and more impartial legal system can improve the lives of countless individuals and many communities in Mississippi can have an enormously positive influence on her home state as the nation, Sara Turner said.

Turner attended UM from 1943 to 1947, when she graduated with a Bachelor of Arts degree and a major in sociology and psychology. Turner then enrolled in the School of Social Service Administration at the University of Chicago, where she earned an AM degree in 1949.

She met her future husband, James D. Turner, also from Hattiesburg, after WW II. He had served as a fighter pilot with the U.S. Marines and, after acquiring an undergraduate degree at Southern University, obtained graduate and doctoral degrees at other universities.

Jim Turner passed away in 2003, and Sara Turner continues to live in Arcata, although she still makes occasional visits to Mississippi to visit family and friends.

The couple had a lifelong commitment to racial equality, but Sara Turner’s interest in justice equality began about seven years ago after she read “The Innocent Man,” the only nonfiction book written by the novelist and fellow UM alumnus, John Grisham. The book tells the true story of a man wrongly convicted of murder and who was exonerated, in part, by the work of the Innocence Project. UM’s Innocent Project is part of the Innocence Network, which has operations in dozens of U.S. states and several countries.

“After reading John Grisham’s book, I did a little research and discovered the Innocence Project and Tucker Carrington at my alma mater,” Turner said.

“I am fortunate to be able to support a cause in which my late husband and I believed in and that I still do, which is that one day there will be justice for all, especially for those who continue to be poorly served by the legal system.

“I am truly happy to make a contribution and just hope it works.”

Carrington has no doubt that with continued financial support, the Public Interest Law Support Fund established by Turner will resonate throughout Mississippi for years to come.

“The fact that an Ole Miss graduate who didn’t go to law school, but who has remained fully engaged and understands – on a fundamental level – the role lawyers can play in our society, and who also appreciates the financial difficulty our law school students face, is extraordinary,” he said. “We are so fortunate and grateful that she recognizes that Mississippi, Ole Miss and its students need this fund and this support.”

For more information, contact Suzette Matthews, senior development officer for the School of Law, at  suzette@olemiss.edu or 601-937-1497.