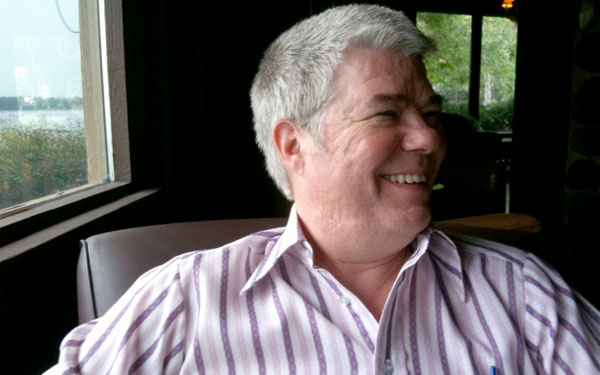 Even for someone who is already a respected, prize-winning author and screenwriter, winning the prestigious Pushcart Prize is a rewarding experience.

“The Pushcart Prize is a personal milestone,” said Chris Offutt, associate professor of English and screenwriting at the University of Mississippi. Offutt won the top annual literary honor for his essay “Trash Food,” originally published in Oxford American magazine.

“When I first started writing seriously, I read several volumes of the Pushcart Prize anthology in a public library,” he said. “It seemed far-fetched to imagine that one day I’d write something that would be in there. I’m still surprised that my commitment to writing has worked out.”

The Pushcart Prize is an American literary prize that honors the best “poetry, short fiction, essays or literary whatnot” published in the small presses over the previous year. Awarded annually since 1976, the prize is considered one of the most prestigious in its field.

Magazine and small press editors are invited to submit up to six works for consideration. Pushcart Press publishes annual anthologies of the winners.

Offutt wrote the essay at the request of John T. Edge, director of the Southern Foodways Alliance, which is part of the university’s Center for the Study of Southern Culture. The essay is about race and class in the South – an issue of great importance to Offutt – and how it plays out in the food people eat.

“The award meant that I’d gotten my points across well,” he said. “It also meant more people would read it. According to the editor at Oxford American, the essay went viral online.”

“We’re very happy, though not surprised, that Chris Offutt has been chosen for the honor,” Kamps said. “Mr. Offutt is an accomplished and prolific writer, and winning a Pushcart Prize on the heels of the 2017 Kentucky Literary Award for a memoir about his father further underscores the power and far-reaching impact of his prose.

“For the last six years, he has been an enormous asset to our English department. It’s truly wonderful that our aspiring young writers can study with someone of his caliber and dedication.”

Offutt worked on the HBO drama “True Blood” and the Showtime series “Weeds.” His books include “Kentucky Straight,” “The Same River Twice,” “The Good Brother,” “Out of the Woods” and “No Heroes: A Memoir of Coming Home.”

“I’d like to express my deep appreciation to Ivo Kamps and to all my colleagues in literature and creative writing,” Offutt said. “I have found a home here – physically and intellectually. My experience of teaching here for the past six years has been terrific in every way.”