Jay Watson, the Howry Chair of Faulkner Studies at the University of Mississippi, is the 2012 recipient of the university’s Faculty Achievement Award.

Since receiving his doctorate from Harvard 23 years ago, Watson has been a significant contributor to the Department of English and the entire university. As a teacher, he has the reputation of being extremely challenging and highly effective.

Watson said one of the things that has always motivated him is the respect he has for his colleagues. 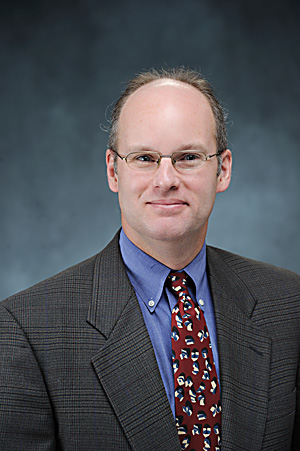 “Being around such a dedicated group of teachers, scholars and citizens is a big part of what makes Ole Miss such a rewarding place to work,” Watson said. “So I’m humbled as well as honored to be recognized for my achievements as a faculty member. It’s a tribute in part to all the great colleagues who continue to inspire me with their commitments and high standards and sense of purpose.”

The Burlington Northern Award was established in 1985 to honor superior teaching faculty who were also active researchers. This award evolved into the Faculty Achievement Award, which is given annually to recognize unusual effort in the classroom, involvement with students, active scholarship and service to the university.

One student wrote of Watson’s course on Faulkner: “This is one of, if not the, best classes I have taken at Ole Miss. Dr. Watson has such passion, and it is contagious. If you want to understand Faulkner’s imprint on the literary world, Oxford and the South, take this course from Dr. Watson.”

Watson, a native of Athens, Ga., who joined the English department in 1989, has also provided tireless service to the university, including his contributions on the Strategic Planning Council and the Faculty Senate. In the area of scholarship, Watson’s achievements are remarkable and he has established himself as an expert in Southern studies and Faulkner studies.

Another nomination letter stated that Watson “is, by any standard, one of the smartest, most diligent and productive teacher-scholars working the field of American literature and Southern studies today.”

His most recent book, “Reading for the Body: The Recalcitrant Materiality of Southern Literature, 1893-1985,” (University of Georgia Press, 2012) argues that Southern literary studies have been over-idealized and dominated by intellectual history for too long. He calls for the field to be rematerialized and grounded in an awareness of the human body as the site where ideas, including ideas about the American South itself, ultimately happen.