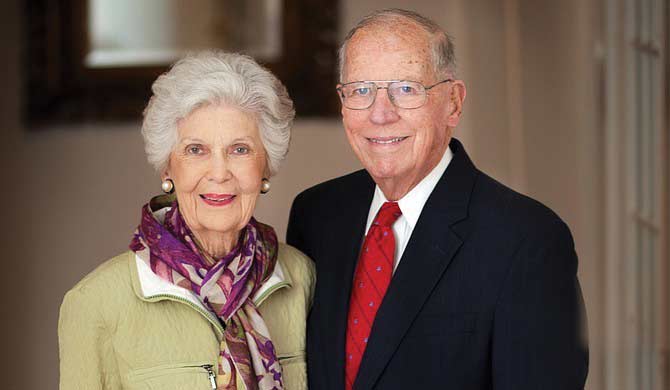 A champion of education and racial reconciliation initiatives whose public service career started as a student at the university, William Winter was known broadly as “Mississippi’s education governor” and for nearly 75 years of public service. He died December 18 at 97.

Winter (BA history 43, LLB 49) was governor of Mississippi from 1980 to 1984, during which time he secured the passage of landmark educational initiatives in 1982 bringing kindergartens, compulsory school attendance, and a number of other critical reform measures to the state.

“As a distinguished statesman and alumnus, Governor Winter was an outstanding leader whose advocacy shaped our state and university in countless ways. His enduring legacy lives on in the lasting impact of his accomplishments in advancing education, racial reconciliation, equality, and numerous other areas,” said Chancellor Glenn Boyce. 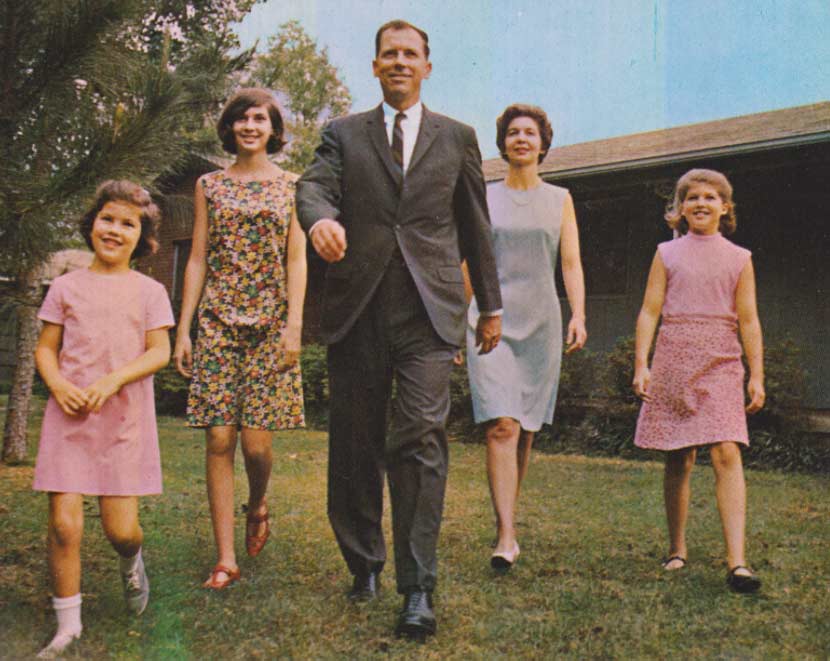 The Winters and their daughters Eleanor, Anne, and Lele (right) pictured in front of their house for the 1967 gubernatorial campaign.

Winter was elected to the offices of state representative, state tax collector, state treasurer, and lieutenant governor. He chaired the Southern Regional Education Board, the Commission on the Future of the South, the National Civic League, the Kettering Foundation, the Foundation for the Mid-South, and the Mississippi Department of Archives and History. In 1978, he was president of the Ole Miss Alumni Association and was inducted into the Alumni Association Hall of Fame, receiving the 2017 Alumni Service Award.

Winter was a member of US President Bill Clinton’s National Advisory Board on Race in 1997, which led to the founding of the William Winter Institute for Racial Reconciliation at UM in 1999.

“With the passing of Governor Winter, Mississippi lost one of its greatest champions of equality, reconciliation, and progress; and I have lost a friend, an inspiration, and one of the finest people I’ve known,” Clinton said. “Will had the gift to see his state as it was, to envision what it could be, and to take the difficult but necessary steps to get there.

“His bold efforts to reform education, fight poverty, and bring people together across racial lines showed the promise of a new Mississippi.” 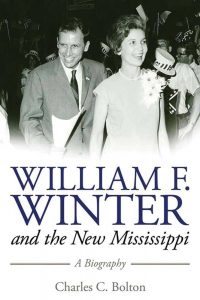 The historian David Halberstam called Winter “Mississippi’s best and strongest governor of modern times. Winter, more than any other politician, is the architect of the new Mississippi and the new America.”

At the announcement in 2008 of his Profile in Courage Award by the John F. Kennedy Library Foundation, Caroline Kennedy, foundation president, said, “Governor Winter gives testimony to President Kennedy’s belief that politics can truly be a noble profession.

“His lifetime of public service, both to his country and his beloved state, has been distinguished by its devotion to equality and justice. His lifelong dedication to ensuring equal opportunities in our nation’s educational system embodies what it means to be a profile in courage.”

Born in Grenada, Winter was an infantry officer in the Pacific in World War II. After the US Army, he was elected to the state legislature in 1947 while in law school.

“He was a big proponent of research at Ole Miss being a major driver of recruiting industry to Mississippi,” said Andy Mullins, a member of Governor Winter’s staff. “He loved Ole Miss from the time he was a student until the day he died. His death is a big loss for the university and the entire state.” 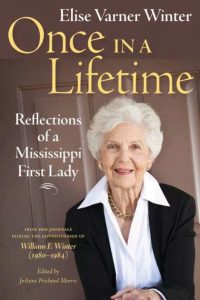 Once in a Lifetime: Reflections of a Mississippi First Lady
UNIVERSITY PRESS OF MISSISSIPPI
2015
A firsthand account from Elise Varner Winter’s daily journal.
“Once in a Lifetime vividly reveals numerous activities that involved the Winters’ quest for a better Mississippi. While doing so, the book also quietly reveals Elise Winter’s intellect, kindness, strength, generosity, faith, loyalty, and admirable character.”
—Carolyn Vance Smith, founder of the Natchez Literary & Cinema Celebration

As First Lady of Mississippi, Elise Varner Winter (BA history 48) played a principal role in reforming the state’s educational system, advocated effectively for prisoners’ rehabilitation opportunities, and showcased the state’s cultural achievements. After leaving government service, she became a driving force for affordable housing in metro-Jackson—as a founder, major fundraiser, life member of the board, and hands-on volunteer for Habitat for Humanity. She died July 17 at 95.