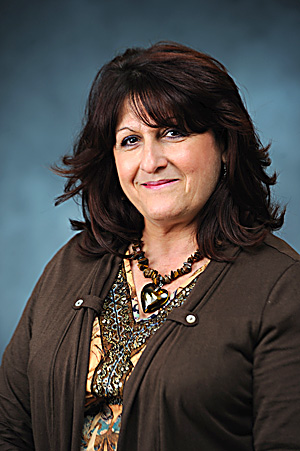 In recognition of her enthusiastic teaching methods and exceptional class preparation,  Ivonne Whitehead has been named as Outstanding Instructor in the University of Mississippi’s College of Liberal Arts.

“It’s an honor that I am overwhelmed by,” said Whitehead, a Spanish instructor. “I know the extraordinary quality of instructors that teach throughout the College of Liberal Arts, and to be honored as the Outstanding Instructor is extremely humbling.”

Undoubtedly, one of the reasons that Whitehead was recognized for this award is that she loves teaching. “Being in the classroom daily with my students is a privilege and honor that I never take for granted, teaching is my passion,” she said. “My students are our future leaders and each class period, besides teaching them the Spanish language, I try to give them advice, guidance and learned knowledge that they can use throughout their lives.” Whitehead has learned a lot from working with faculty in the Department of Modern Languages.

“I have been so fortunate to have worked for and with so many dedicated professionals, who have mentored me throughout my years at Ole Miss, that share with me in receiving this award,” she said. “Not the least is the chair of the Department of Modern Languages, Dr. Don Dyer.”

Dyer was one of the professors who nominated Whitehead for the award.

“Ms. Whitehead is highly professional both in class posture and demeanor,” Dyer said in his nomination letter. “She always comes to class prepared. Her lessons are conscientiously planned and executed. Her dedication to the Spanish program is clearly reflected in the way she teaches and in the way her students respond.”

A nationally certified Occupational Spanish Teacher, Whitehead has been teaching for the past 12 years. She obtained her bachelor’s degree in Spanish from Liberty University, her first master’s degree in Spanish and her second master’s in Teaching English as a Second Language, both from UM.

Whitehead also served as a diplomat in Miami, as a senior vice consul for the Panamanian Consulate from 1982 to 1988. She taught Spanish for U.S. Army Special Operations Forces for the Department of Defense at the John F. Kennedy Special Warfare Center and School at Fort Bragg, N.C. She has taught in grades K-12 and at the community college level. She is serving her second term as alderwoman on the town board in Ecru.

For more information on the Department of Modern Languages, visit http://modernlanguages.olemiss.edu/.